Diddy is pretty proud of his college-bound son, as he should be: Justin Combs earned a full ride to UCLA for his football prowess. Not that he needs the cash, based on his dad’s mega-millions. Is it fair to give scholarships to super-rich kids? 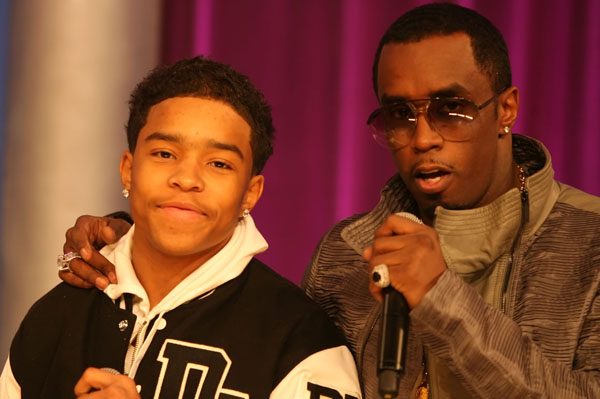 You know that old cliché “the rich get richer”? Well, it’s true — Diddy’s 18-year-old son, Justin Combs, is mega-rich thanks to his father and is now the recipient of a full-ride scholarship to UCLA starting in the fall.

Say what? Yep, Justin will get a free education even though his father wears jewelry equal to a full four years’ tuition — and fellow students are upset, to put it mildly.

“UCLA’s athletic department needs to consider the fact that perhaps there is another athlete on the football team who could perhaps really use this scholarship,” UCLA student Neshemah Keetin told a Los Angeles CBS affiliate. “Just being considerate that [with] our economy, students are trying to get to college through athletics and academics as well.”

We have to agree. How many talented athletes were looked over to give Justin a scholarship? Don’t expect Diddy to care, though — he’s just proud of his son.

“As a parent, today is one of the proudest moments of my life. This is everything a father could want for his son, for him to excel at what he loves to do and is truly passionate about,” he said after the announcement last November. “Justin is a shining example of what hard work, determination and a strong mentality can achieve. I am honored to call him my son and am happy that he is fulfilling his dream.”

Diddy teaches his crew some manners >>

Justin is no slouch in the academic department, either. He graduated from the prestigious Iona Prep high school in New Rochelle, New York, this year with a 3.75 GPA. He also received scholarship offers from Illinois and Wyoming, among others.

We’re torn about this, but we’re supposed to be a free country so everyone should have an equal chance to get a scholarship, no matter how rich. That’s the way UCLA looks at it, too.

“Athletic scholarships, such as those awarded to football or basketball players, do not rely on state funds. Instead, these scholarships are entirely funded through UCLA Athletics ticket sales, corporate partnerships, media contracts and private donations from supporters,” said UCLA spokesman Ricardo Vazquez in a statement.