In a match virtually made in animation studio heaven, Annoying Orange teams up with the animals of Madagascar 3: Europe’s Most Wanted for a video we’re sure you and your kids will find very appealing.

If you’re not familiar with the orange who talks, then you’re one of the few. This remarkably cheeky orange and his other fruity friends (Pear and Grapefruit) have been making a splash on YouTube in the name of 1 billion hits. Are you finding that hard to believe? Just check out this video SheKnows brings to you exclusively, and you’ll see what’s so appealing. (Sorry, we couldn’t resist!)

Orange you glad you clicked on this video? Annoyingly glad! >>

So, what’s been happening lately in Annoying Orange land? Orange and his friends have decided they should join the circus. And after a few rounds of terrible auditions, they discover they need a little help from real animals.

Clowning around with your favorite fruit 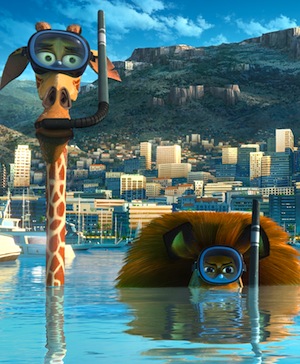 That’s how they get hooked up with the cast from the newest episode in the lucrative Madagascar trilogy, Madagascar 3: Europe’s Most Wanted.

This time our zoo friends from New York City, who can never seem to get back home no matter how desperately they try, get mixed up in a circus in Europe. How did that happen? You can only guess with this troupe of hilarious animals and the wackiness that follows them.

In this exclusive clip, we get to see Annoying Orange and his buddies make a go of circus life and then our favorite zoo friends come in and save the day.

Why is that orange annoying the Cartoon Network? >>

Madagascar 3: Europe’s Most Wanted, featuring the voices of Chris Rock, Ben Stiller, and Jada Pinkett Smith, slides into theaters June 8. SheKnows brings you 30 seconds of exclusive video, the latest in the Annoying Orange craze. Did you find it appealing?