The CW is taking us inside one of the most elite forms of dance with Breaking Pointe. The reality show charts the highs and lows of professionals at the Salt Lake City ballet company, Ballet West. SheKnows recently spoke to Artistic Director Adam Sklute, and dancers Ronnie Underwood and Beckanne Sisk to get a sneak peek at the new series. 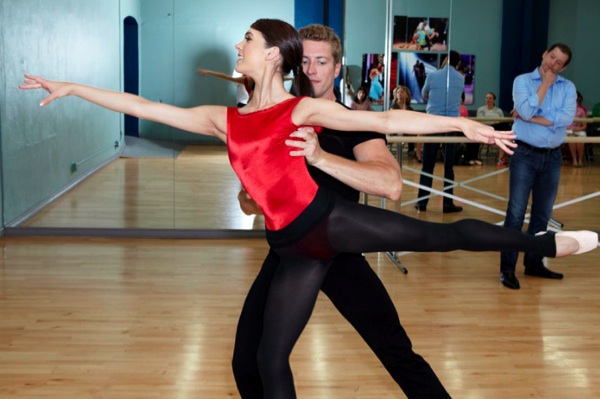 Move over Black Swan and Center Stage, ballet is about to get real. In Breaking Pointe, viewers will see every aspect of a dancer’s life. Both the good and bad moments are free game. So how did the professionals at Ballet West feel about being recorded for a reality show?

Adam Sklute: When we started, I asked the dancers, ‘How do you feel about this?’ And I actually left the room. I was like, ‘You guys decide as a group. Do you want to be involved in this project?’ And everyone was like, ‘Yeah, it could be really interesting.’ So they came back and agreed to do it. It was a really interesting project.

Shooting was a breeze

Filming for Breaking Pointe was relatively painless. It was a short shoot that took less than two months to produce. And according to Adam and Beckanne Sisk, the crew was more than respectful of their work space.

Beckanne Sisk: At first we were all a little afraid that having cameras in the studio was going to be tough space wise. But I ended up forgetting that they were even there.

Adam: I think one of the great things about the whole process was the respect level that we got from the production company and all of the camera people were so great… Like in the studios, they would follow what we were doing… They were there during our rehearsal time. During our work time, so they worked with our schedule.

What’s the real motivation behind Breaking Pointe? The dancers want to get the word out about their craft and promote the art form. Ballet is a legit profession that sometimes gets the short end of the stick.

Beckanne: I feel like our art isn’t appreciated enough, and I hope that people realize that this is our job. Because people are always like, ‘You dance? That’s your job?’ They don’t understand at all. I just hope people start to understand and appreciate it more like we do.

Ronnie Underwood: I feel the same. I’ll be out and someone will ask me what I do and I say, ‘I’m a professional ballet dancer,’ and they look at me like I’m joking. They go, ‘Really? What do you do to pay your bills?’ It’s really cool to put it out there to the public so more people can see it that might not get the chance to go to the theater and buy tickets to come to the show. So for me, I really wanted to help the art form grow and gain popularity. We do a lot of stuff. People don’t even realize what we go through to make this happen. If they can kind of see that, it’s good for us.

More than meets the eye

Breaking Pointe wants to throw all the misconceptions about ballet out the window. The dancers are typically underestimated in more ways than one. They may be small and lean, but ballerinas are powerhouses.

Ronnie: The women in dance are extremely strong. Stronger than what they know… I would say that’s one of the things that people don’t get, how strong a ballet dancer is. Because you can go to the gym and lift weights and have a huge bicep but a thousand little muscles are a lot stronger than one big muscle.

Adam: People think it’s a pretty art form. And it is a pretty art form, but it’s also an extremely demanding and physical athletic art form… Women have to be remarkably strong and that has to do with the subtlety of the technique that’s required for female dancing. This is why also, women tend to last longer in ballet than men. Because just on a technical level a woman’s technique — the strength that it takes to stand on your toes — requires a lot more development of small muscle groups and those are the muscle groups that last a lot longer just on a physiological level.

Beckanne: I feel like people don’t understand that we are real people, too. We have other lives. We do things. We’re not just strictly about ballet. We have friends. We’re normal. 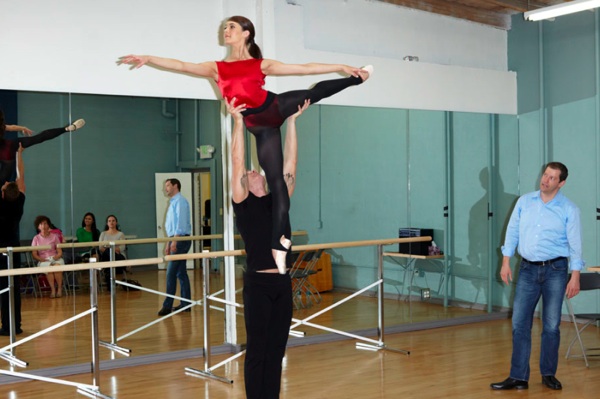 The life of a dancer: On stage and off

Speaking of normal, Breaking Pointe will also show the dancers in a more relaxed state. Every now and again, they have to blow off steam.

Ronnie: I love blowing off steam… (They show) our hobbies and what we do outside the studio and stuff that we get into. It’s really exposed. I mean, people are at my crib running around with a camera watching me do stuff. For most us — and our families are a part of this, but you give up family and friends and stuff like this. Her (Beckanne) family’s in Texas, mine’s is in Oklahoma right now. I’m originally from California. I move all over the world for work.

Do you have what it takes?

The life of a dancer is a unique balance. And Adam looks for more than just a good pair of feet and legs. He needs people who are mentally strong.

Adam: People have to put up with a great deal. You have to have the fortitude to get up in the morning and even if you’re body’s in pain say, ‘I’m going to go to work and I’m going to do it.’ I look for someone who can handle that. Who can handle the rigors and the discipline of what has to happen, day in day out. Someone who has strength. Not only just physical strength but emotional strength. And ultimately also for me, it’s got to be someone who can get along with other people. I don’t like to work with people I don’t like. It’s a simple rule of thumb for me.

If a dancer has what it takes to succeed at Ballet West, they receive a one-year contract.

Adam: We employ our dancers for a full year contract. Which means that they will receive their health benefits throughout the year of their employment. And that they are on call for that whole year. But we guarantee them 36 weeks of work a year. Actually, that’s really quite good in the world of ballet because there are many other companies that offer a great deal less. I wish we could offer more. 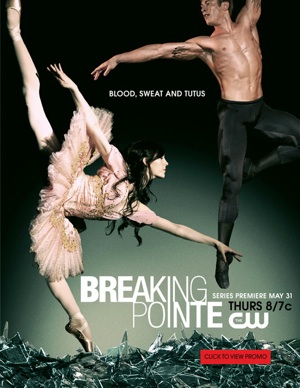 Breaking Pointe prides itself on authenticity. There’s no manufactured drama, because there’s enough of the real stuff to go around.

Adam: We don’t need to create phony drama. There’s enough drama in our lives. Injuries, dealing with your physicality. You can go to work feeling sick, right? You can sit at a computer, or answer the phone not feeling well with a cast on your leg. You can’t do that in ballet. You could have a bad day and maybe not communicate well with other people, but you can’t have a bad day in ballet and not work with other people. Just can’t. It’s the whole life.

This trio and the rest of Ballet West’s participating dancers, haven’t seen the show’s final product. They’ve watched the promos, but none of the episodes. So are they worried about how they’ll be portrayed on the small screen?

Adam: I’ve said this many, many times: We are a family. We know each other. We understand each other. We also have total faith in the integrity of the producers. And you know, it’s a docudrama. So we know that it is not going to be necessarily letter perfect to what our lives are every day. That doesn’t matter. Because ultimately, if we’re depicted as an interesting group of people, that people want to get to know — that’s more important.

An interesting group of people with hard bodies, and unparalleled ballet skills. Sounds like a win, win to us!

Breaking Pointe debuts tonight at 8 p.m. on The CW.