A Bieber state of emergency may have to be declared due to overzealous fans acting up in Norway! Are those with the hottest Justin Bieber fever living abroad? 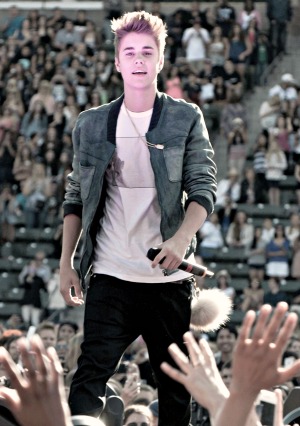 Norway is experiencing a near-Bieber state of emergency! Crazed fans of the teen megastar are causing chaos overseas, forcing officials to take unusual measures to keep the crowd under control.

When word spread that Justin Bieber would be appearing in Oslo, Norway, fans knew they couldn’t miss this rare chance to see their favorite “Boyfriend” singer. Not just a few but tens of thousands of them turned out to watch him outside of the city’s opera house!

Justin Bieber gets bratty over paparazzi >>

The apparent Bieber state of emergency has caused the 18-year-old to go into hiding until concert time, at which point he will reportedly arrive at the venue via helicopter.

“NORWAY – please listen to the police. I dont want anyone getting hurt. I want everything to go to plan but your safety must come first…

…the show is part of my #AroundTheWorld TV special and I will be doing 6 songs, 4 new, 2 old before i leave. BUT….

…for the show to happen u must all listen to the police. we are all concerned for your safety and i want what is best for u. please listen

and tonight we will have some fun. love you and im excited to see you all. NORWAY…THANK YOU FOR HAVING ME! #BELIEVE

and NORWAY…u are awesome! #BEASTMODE”

Whether or not fans in Norway will listen to their idol and the police remains to be seen. Stay tuned for more updates on the Bieber state of emergency!