Madonna took another dig at Lady Gaga during tour prep in Israel. She just needs to get over it — and thank the pop sensation for keeping her relevant in today’s cutthroat pop music world. 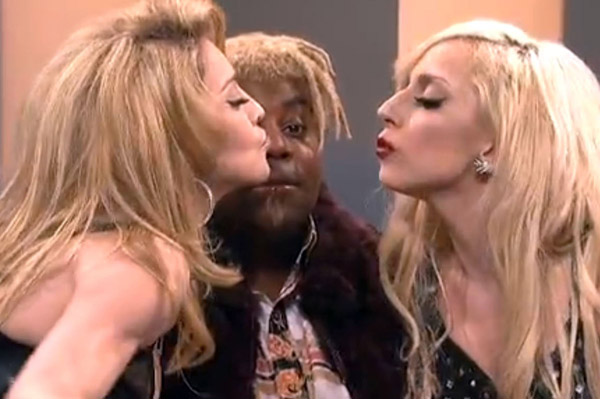 Here we go again: The Queen (or Ice Princess if her behavior of the last few years is any indication) has struck again. When rehearsing for her world tour, kicking off tomorrow in Tel Aviv, Madonna was singing “Express Yourself” and halfway through the late 80s tune, started belting out the lyrics to “Born This Way.” Anyone who hasn’t lived under a rock for the last couple of years knows that Madge has been taking little jabs at Lady Gaga for the similarities between the two tunes.
Oh no she didn’t.
Now Madonna has left everyone wondering, was she mocking Lady Gaga? Was she paying homage to her? Will this be part of her performance as she goes on tour?
Do we care? Not really.
Having lived through both the Madonna era (and no, I never wore a lace glove on one hand to high school) and the Lady Gaga era, Madonna is little more than an irritant. I felt that way in the ’80s — I feel that way now. Madonna is brilliant at marketing, reinventing herself and making headlines. Vocally, she just isn’t that strong (I know — insert collective gasp here). You all know it. You’ve all thought it. No one has the guts to say it because of her phenomenal success. But it’s time to be honest about what that phenomenal success is rooted in. Smoke and mirrors.
Regardless of whether or not Lady Gaga is taking a page out of Madonna’s book, she can sing. And she would have been able to do that with or without Madonna’s influence.
It would appear what we have here is another Madonna stroke of genius that has everyone talking about her upcoming tour. (The video was briefly posted on the Internet and has now been removed.) Chalk up another point for Madonna. At this stage of the game however, it’s time for Madonna to write Lady Gaga a thank you note for contributing to Madonna’s ongoing relevance. Lady Gaga may be this generation’s Madonna, but has the teacher become the student?

We started the debate, now it’s your turn. Whose team are you on: Madonna’s or Lady Gaga’s?