Brad Womack stopped by Austin radio show The Bobby Bones Show on Tuesday to talk about — what else? — Emily Maynard and why he totally hates reality television now. Yawn. 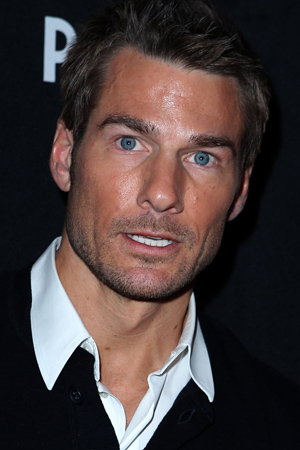 When you break up with someone, is there a nice way to tell America that you “dodged a bullet?” Not really. And that is precisely what Brad Womack said in response to his broken engagement with Emily Maynard of The Bachelorette.
As of this morning’s appearance on The Bobby Bones Radio Show, it appears Brad wants to play nice. Can you say, “damage control?” On air he said the relationship may have survived under different circumstances, and that he was sincere in his proposal at the time.”I think in any other circumstance Em and I would have worked out. I really do. Quite frankly, this whole situation is just weird and any time we try and hang out we had people following us, taking pictures. I get the old saying ‘I made my bed and I need to lie in it’ but I’m very, very protective over the people I care about,” he said. “So whenever we were out and it would bother her, I’d get a little upset. We parlayed into moments when we were just alone. I was just done, man. I’m not saying I left, I’m saying I had to re-evaluate if I really wanted this as part of my life.”
Is The Bachelorette racist? Maybe >>
Bobby Bones wasn’t about to let Brad off the hook with that. “But you went on The Bachelor twice!”
Oh, what now, Brad? That’s what we call a dose of, um, reality.
Brad owned the contradiction of not wanting to be surrounded by cameras for the rest of his life but going on the same reality show twice. “You’re exactly right. That’s what I’m sayin.’ I made my bed.”
Emily Maynard couldn’t be happier >>
Womack says he’s blissfully oblivious to what’s going on The Bachelorette. And when he was informed that Emily was taking a jab or two at him on the show, he responded by saying that he can see Emily saying some things in jest, and even if it’s not in jest, he deserves some shots.
The two-time Bachelor went on to say that he’s moved on, he’s not playing Adele on repeat and he truly wishes Emily the best.
Remember when you first saw Brad on The Bachelorand you wondered how a guy that good looking with that sexy of a voice could still be single? It’s all starting to fall into place, isn’t it? How indecisive can one guy be? Appear on a reality show twice, but not want to be followed by cameras. Propose to someone, only to break the engagement. Say that he “dodged a bullet” one week and then recant the next. Can Brad just make a decision and stick with it already?