Justin Bieber is wanted by the cops after he tussled with a photographer outside a movie theater in Los Angeles over the holiday weekend. What happened? 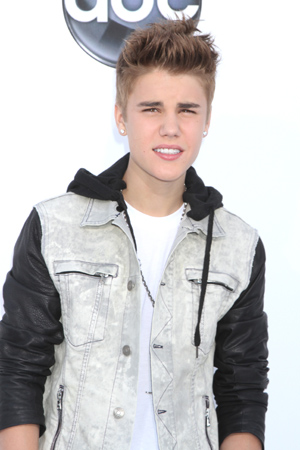 Oh, baby Bieber, where have you gone? Justin Bieber is all grown up now, and apparently he has that male aggression to go along with it. The Believe singer, 18, is under investigation by Los Angeles cops after a weekend altercation with a photographer.

Bieber and gal pal Selena Gomez — they didn’t break up after all (yay!) — were out and about in Calabasas, California on Saturday afternoon when he aggressively approached the pap, giving him “physical injuries,” according to E! News. An ambulance was called but the superstar couple left before EMTs showed up.

Come on! Bieber inflicted serious injuries on the photographer? He weighs like 100 pounds soaking wet.

The photographer is going forward with the assault complaint, though — and Bieber could face jail time. However, Dmitry Gorin, a former deputy district attorney, told The Los Angeles Times that it all depends on if the singer acted in self defense, adding that photographers often “block” in a celeb and make it difficult to move.

“Bieber could face a charge if he pushed or hit the photographer and it was not in self-defense,” Gorin added. “But it is not really a jail-time offense.”

Well, that’s good. Cops might have to wait to get Bieber in for questioning, though: He’s currently in Europe promoting his upcoming album.

“Ok. going to board. OFF TO EUROPE! PHASE 1 of operation secret concerts! lol. OSLO first stop. See u soon….and…” Bieber tweeted on Monday.

Justin Bieber is no stranger to booze >>

“NORWAY!!! here with the team,” he added on Tuesday. “Loving the people! thank u. good food too.”