There’s nothing more drool-worthy than a hot guy who’s also good with kids, mostly because it’s safe to assume that the patience and sense of humor needed for dealing with tots will spill over into his love relationship. (Bonus!) With Father’s Day right around the corner, we’d like to pay tribute to a few of our favorite famous fathers — for both their parenting skills and their tendency to look good anywhere they go, from park playgrounds to posh parties. 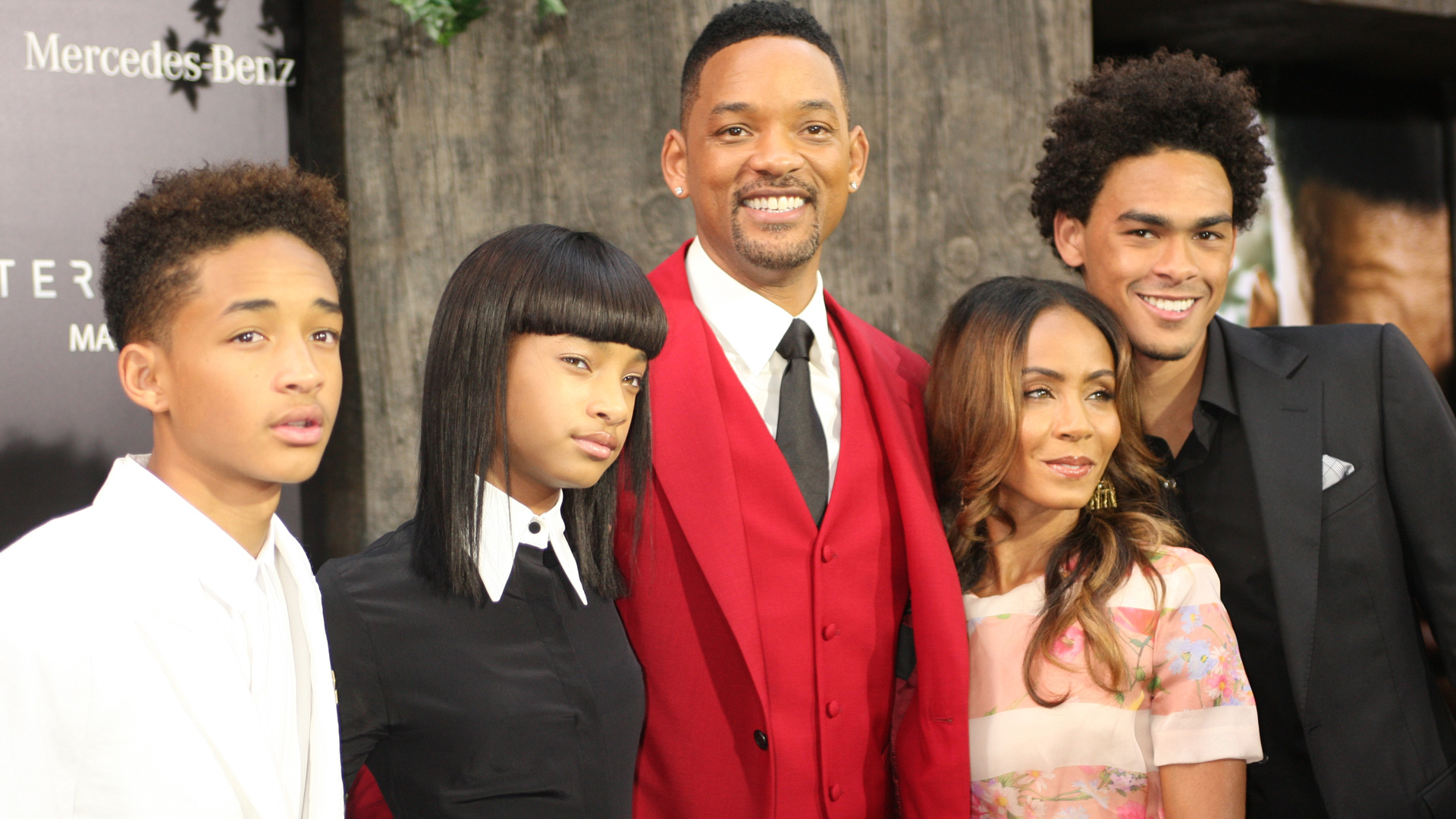 Whenever either little Willow Camille Reign, 11; Jaden Christopher Syre, 13; or Willard Christopher (“Trey”), 19, lend their talent to another project (“Whip My Hair,” anyone?), we can’t help but smile. How adorable is it that these mini moguls already have hit songs? In addition to being half of a just-plain-hot couple with wife Jada Pinkett-Smith, Will Smith has repeatedly stated his affinity for being a dad, even starring alongside Jaden in 2007’s The Pursuit of Happyness.

Fun roles like Men in Black III aside, Smith is serious when it comes to teaching his children life lessons.

“The idea of failure is a label,” he recently told Movieline. “It has no bearing on what actually happened. What actually happened can turn out to be the best thing that ever happened to you if you decide that it’s the best thing that ever happened to you. So for me, the big thing with my kids is you have to control how you label things, because they’re going to become what you say it is. It’s very important to me that they understand the power they have to create the lives that they want.”

“Willow, for example — we were getting flack for letting Willow cut her hair,” he said. “If I teach her that I’m in charge of whether or not she can touch her hair, she’s going to replace me with some other man when she goes out in the world. Now, she can’t cut my hair! [Laughs] But that’s her hair. To me it’s more about lumping the responsibility on them for their lives, as much weight as they can hold without breaking… that’s what we try to give them until they can hold the full weight of their lives.” 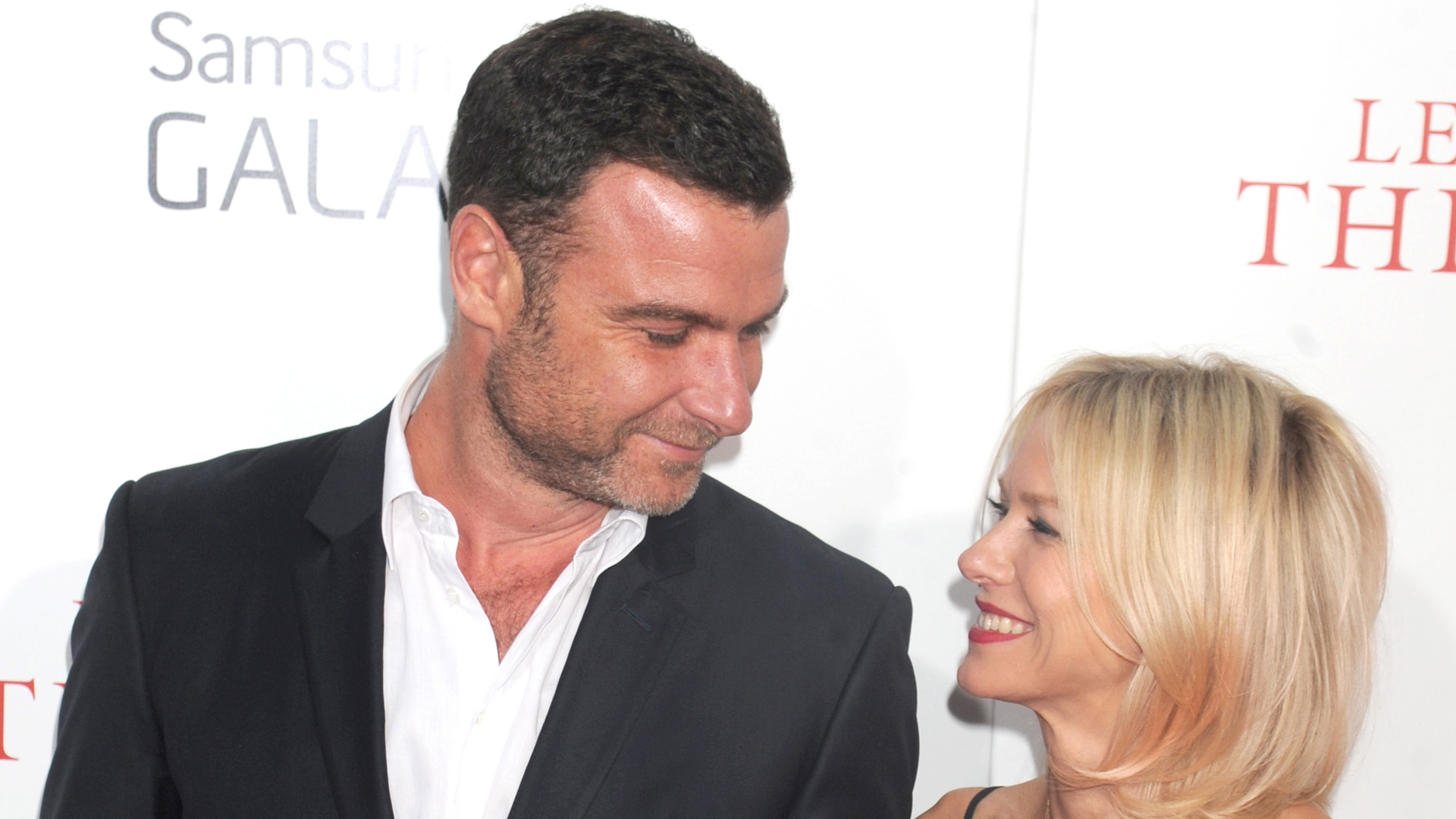 Every time we see hottie Liev smiling and palling around with his young’uns, we get a warm and fuzzy feeling inside. Partnered with talented beauty Naomi Watts, Liev has that sexy-stubble thing going on: a plus for the hot dad of two boys, Alexander Pete, 4, and Samuel Kai, 3, to have.

Working with screen siren Angelina Jolie on the movie Salt was intimidating at first, Liev dished to Cinemablend.com in 2010, but guess what helped calm him down? Talking about his kids!:

“I was very nervous in the beginning. I get very nervous around famous people and I get nervous around beautiful women,” he said. “This was a big double whammy for me and initially really uncomfortable, which was worrying me. I felt like the important part of the job for me was to develop familiarity with her because that was the humanizing factor. But then we bonded over kids very quickly. I have two small kids and she has two small kids and it quickly became, ‘Oh you’re doing time-outs now? That’s just teething.’ And all the sexual tension went out of the room. All the anxiety about her being very famous and a super-human celebrity kind of went away and I found this very nice easy person that I could relate to.” 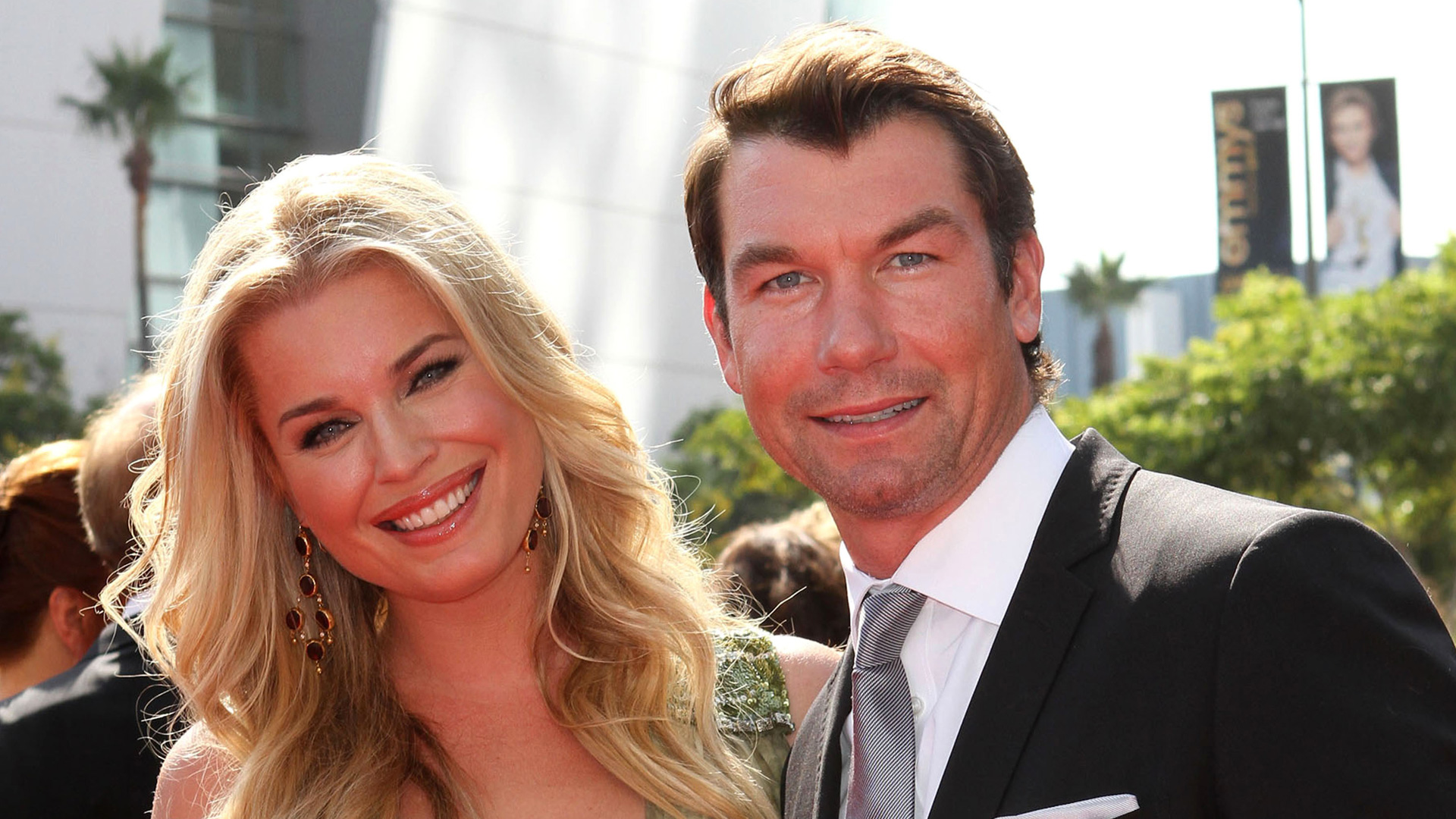 Choosing bright and cheerful Rebecca Romijn to be his wedded wife was Jerry‘s first swell move (they got hitched in 2007), and judging by their lovely 3-year-old twin girls, Dolly Rebecca Rose and Charlie Tamara Tulip, this foursome just might be the perfect picture of a family.

Jerry was a stay-at-home dad when the couple’s twins were born, but he told Popeater.com he didn’t go stir-crazy:

“I didn’t really lose my mind; it does get crazy with no one but two babies. But I wouldn’t trade it in for the world. I thought it was going to be a lot easier than it actually was. I thought I’ll just slap some diapers on, throw some food in them and that would be it. I thought it would be like one of our dogs. But they’re great, my children are really crazy. They love to wake up at three in the morning and have like a rave in the living room.” 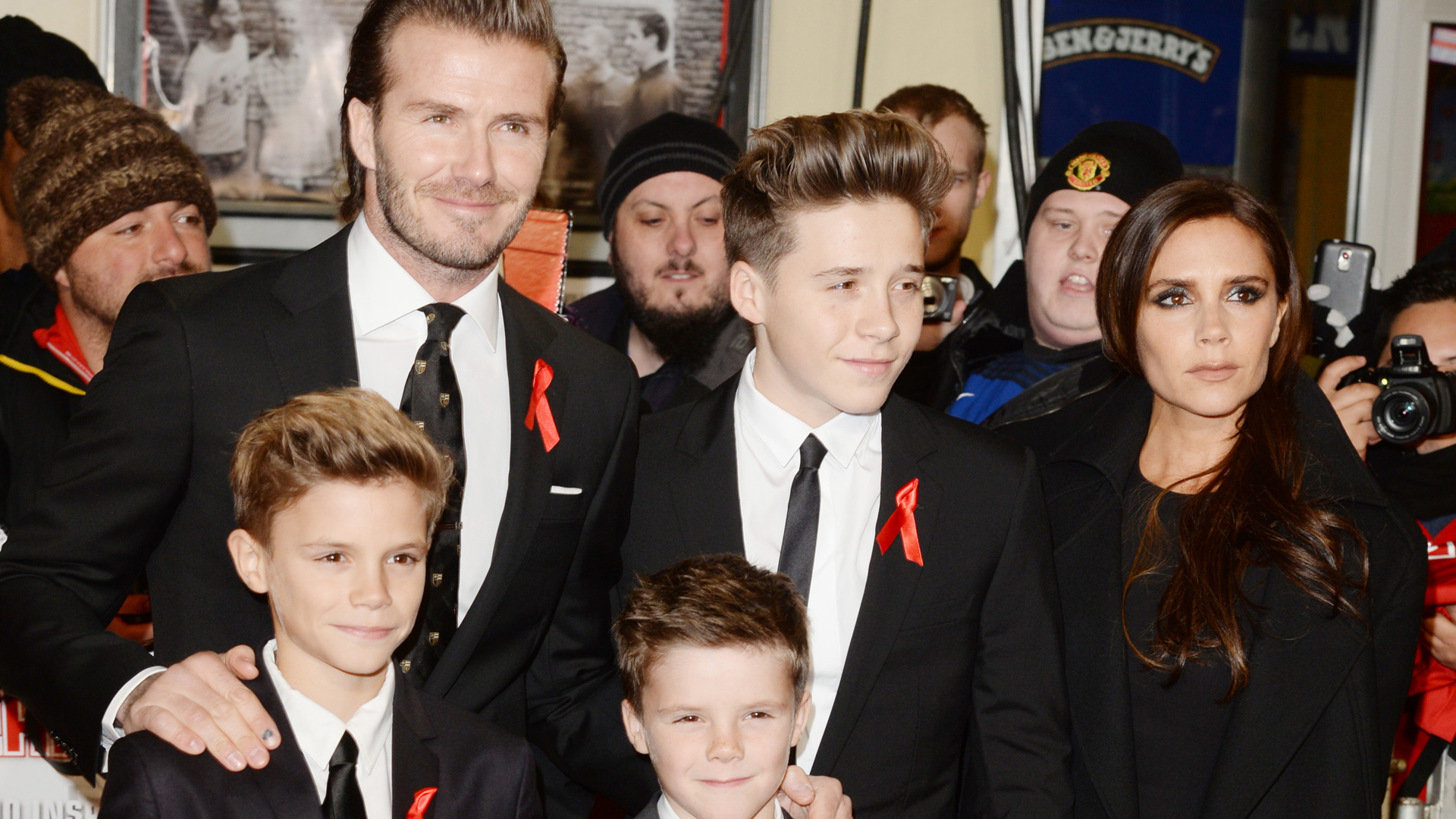 Papa Bear to a brood of four kids, David is quite the vision of fatherly love when he hits the streets of L.A. with wife Victoria Beckham and their crew in tow. Plus, the children’s ages span a whole decade: Brooklyn Joseph is 13, Romeo James is 9, Cruz David is 7, and baby Harper Seven has yet to turn 1.

Becks recently told a British talk show that he and Posh might not yet be done cranking out babies!

“Harper is seven months now. I can’t even look at her without welling up,” he said in February. “After having three boys, you just assume that you’re going to have another boy, but when we got told she was a little girl, it was amazing. We might have one more or two more, you never know. We’re not thinking about it yet, but if it happens, great. We’re enjoying the kids as it is. It’s always a thought. I mean, we’re busy people and we’re enjoying the four kids that we’ve got already and we’re lucky, we’re lucky to have four healthy children.” 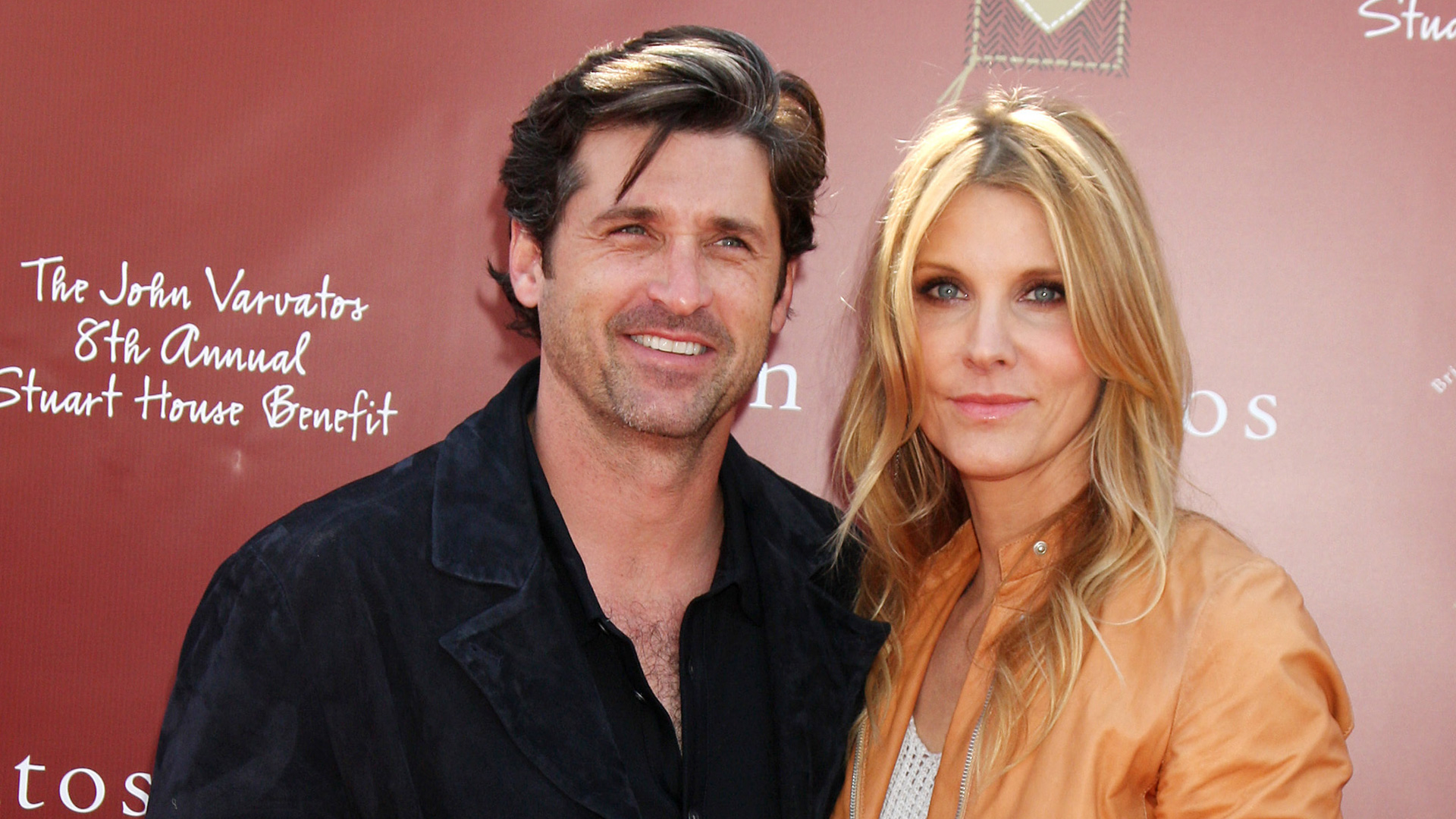 McDreamy is a McDaddy! Boasting a total of three kids, this celeb dad has some serious parenting experience. He’s pop to Tallulah Fyfe, 10, and twins Sullivan Patrick and Darby Galen, 5, and hubby to makeup artist Jill Fink.

“Our daily family ritual is… feeding the chickens [on our property]. We get the eggs, look at the hatchlings, go up to the garden and see what’s growing. It’s great for children to see where the food is coming from.”