Self-publishing is becoming much more than a trend — it’s a phenomenon, with countless numbers of writers choosing to put their own work in print. While self-publishing usually isn’t the road to fame, riches or glory, a few writers — including E.L. James, author of 50 Shades of Grey and Amanda Hocking, the paranormal author who has since landed herself a traditional publishing contract — manage to rise up and make a name for themselves. Hugh Howey, author of the Wool series is another of these self-published authors. 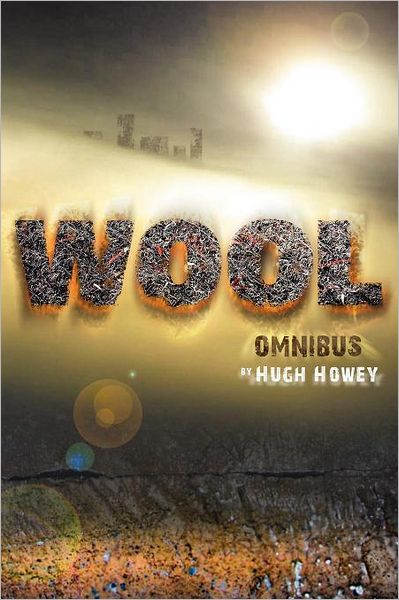 It’s the distant (or perhaps, and more terrifyingly, not-so-distant) future, and humanity now resides underground. A mysterious cataclysm has made the surface of the earth uninhabitable. Wool focuses on one particular group living under the ground in a missile silo. There’s one big rule for living in this community — you never, ever talk about the surface. Ever. No matter what. And while you might think that people would be clamoring to leave, especially because of the ban on talking about the above ground, the punishment might make them think twice — banishment. To the surface. So then, the question becomes, what is outside that is so bad that a person talking about it gives that person exactly what they seem to want — a one-way trip to the surface?

Shrouded in mystery, Wool has earned acclaim from critics and readers alike for its creative plot line and for Howey’s talent at storytelling. Though there are many easy comparisons to make to the hit 50 Shades of Grey — the novel’s beginnings in self-publishing and its rise to mainstream — the author’s writing and editing talent set it apart from that and other self-published novels. (Even E.L. James has admitted that she has no idea why her trilogy has become so popular.)

And now, it appears as though Wool is destined for the big screen — film rights were recently sold to 20th Century Fox. Ridley Scott, whose directing credits include science fiction classics such as Blade Runner and Alien as well as the recently released Prometheus, has been attached to the project. Though self-publishing isn’t for everyone, it certainly has been a success story for Hugh Howey and Wool.