Whether you’re passing time on a road trip or looking for rainy-day entertainment at the beach, these audio book recommendations are sure to please the whole family.

School’s out and it’s time to start organizing your summer vacation. When you pack up the puzzles, books and games, don’t forget to include some audio books. They provide the perfect foil for a long car trip, entertain the family on a rainy day and make a relaxing finale to a busy day in the outdoors. Here are five recommended audio books for family listening.

For kids under 10 years 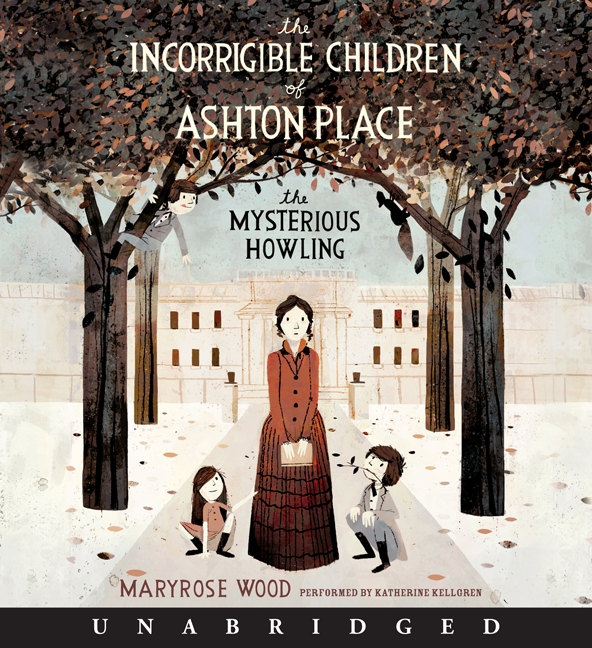 The Incorrigible Children of Ashton Place: The Mysterious Howling
by Maryrose Wood
Read by Katherine Kellgren

When 15-year-old Miss Penelope Lumley took the train to Ashton Place to become a governess, she certainly didn’t expect to find her three charges to be living in a barn with an odd talent for barking. But she soon learned that Alexander, Cassiopeia and Beowulf were raised by wolves! That’s when Penelope realizes her job encompasses more than teaching geography — she needs to teach the children table manners and the social graces. Life is far from dull for Penelope since Ashton Place is full of secrets and the children are full of spunk and mischief. Author Maryrose Wood uses drama and humor to captivate the whole family as the kids and governess set off to solve a mystery. Narrator Katherine Kellgren’s characterizations, accents and expressive reading add to the enjoyment of The Incorrigible Children of Ashton Place.

Our Only May Amelia 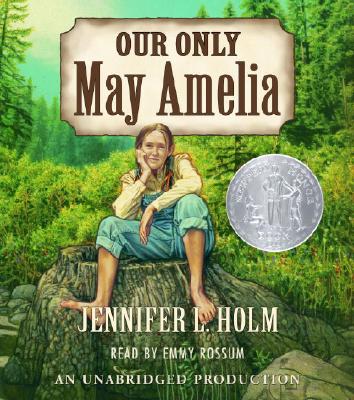 In 1899, May Amelia is the only girl in her small settlement on the banks of the Nasel River in the Pacific Northwest. The 12-year-old has seven older brothers and prides herself on being able to fish and run and work as well as any boy. Nevertheless, now that her mother is pregnant, May Amelia wishes for a little sister. When her grandmother comes to help out the family, the girl’s world is turned upside down and she makes a startling and brave choice to change her life. Although the main character of Our Only May Amelia is a girl, the historical details in Jennifer Holm’s award-winning novel will interest both young boys and adults, especially those who like frontier stories. Narrator Emmy Rossum brilliantly portrays May Amelia’s curiosity, intelligence and spirit.

The Alchemyst: The Secrets of the Immortal Nicholas Flamel 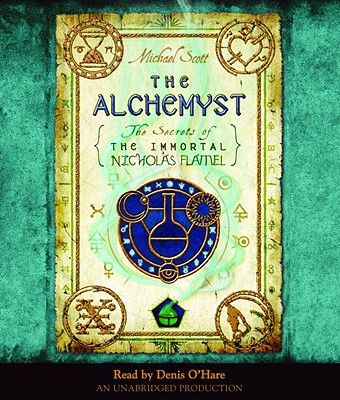 Summer vacation is off to a stellar start for 15-year-old twins Sophie and Josh Newman. They’ve found the perfect jobs and are saving up to buy a car. But what starts out great, changes the day a very important book is stolen from the bookstore where Josh works. That’s also the day they discover the store is owned by none other than Nicholas Famel, one of the most famous alchemists to have ever lived. The only problem is that Famel was born in 1330 and it’s now the 21st century. In The Alchemyst, Michael Scott mixes fact with fiction, mythology and legend to create a fast-moving, mind-blowing tale of good versus evil and gods versus humans in a story geared to middle grade readers. Denis O’Hare’s animated reading and clear and appropriate characterizations make this an engaging family listen. 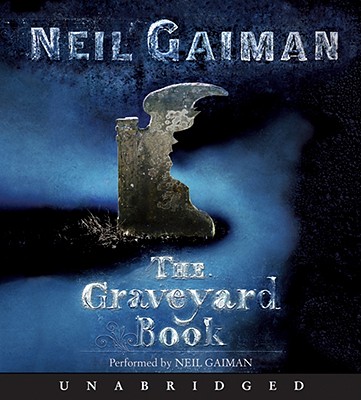 If you passed Bod Owens on the sidewalk, you’d think he was a regular boy, but looks can be deceiving. Bod, whose family was killed when he was just a toddler, lives in the graveyard and is cared for by the resident ghosts. As he grows up and is tended by his otherworldly guardians, the boy gets into scrapes, learns about the world and develops special talents. Eventually, though, Bod wants more contact with the living, despite the risk that the man who killed his family may be looking for him. Although Neil Gaiman’s The Graveyard Book sounds spooky, it’s really an enchanting, tender and enjoyable story of a boy and those who have come to love him. Gaiman’s narration of his own work is not to be missed. His pacing, inflections and characterizations will mesmerize young and old. 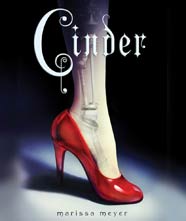 Fairy tale meets dystopian fiction in Marissa Meyer’s retelling of the Cinderella tale. Cinder, a cyborg living in the futuristic New Beijing is one tough mechanic. But her skills aren’t enough get her out of the shadow of her evil stepmother and mean stepsisters. Borrowing heavily from the familiar story, including the eventful ball and handsome prince, Meyer cranks up Cinder by adding a intergalactic war and political intrigue. In addition, Cinder is not the mild-mannered maid from the traditional story — instead, she’s a strong, sensible heroine who knows her own mind. There’s enough action in the book to hold the interest of both boys and girls as well as adults. Narrator Rebecca Soler brings the book alive, creating distinct characters and enhancing the emotions and suspense.