Someone is making an honest woman out of Keira Knightley: She’s engaged! Find out who she’s marrying — and what she’s up to these days. 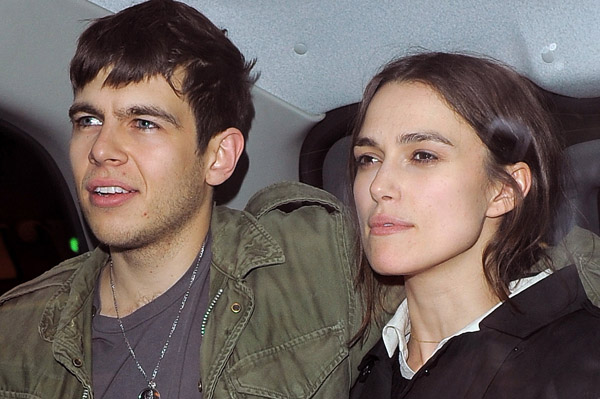 Pirates of the Caribbean stunner Keira Knightley played a bridesmaid at her brother’s wedding a few months ago, but now it’s her turn to take the marital spotlight. The actress, 27, is engaged to marry her indie rocker boyfriend, her publicist confirmed Friday.

Knightley started dating The Klaxons keyboard player James Righton in 2011 after she broke off her long-term relationship with actor Rupert Friend. They were reportedly introduced by a mutual friend, but don’t expect her to talk about her new engagement in-depth anytime soon.

“I’ve never spoken about that, because that’s just my bit. I did my first interview at 15, and as the press interest got more and more, I realized there were parts of my life that had to be just for me,” she told GQ last year. “It’s a strange thing — I’m actually incredibly open with my mates. Or even people I just meet. But seeing as it’s written down — it just freaks me out.”

We get it, Keira — but we still want to know!

The actress is busy in her professional life, too: She’s starring with Steve Carell in the upcoming Seeking a Friend for the End of the World, due for release on June 22. As for the plot?

“Steve Carell and Keira Knightley star in this apocalyptic comedy following two neighbors who set out for one last road trip after learning that a massive asteroid will wipe out all life on Earth in just three weeks. As the odometer turns and society collapses all around them, the connection that Dodge (Carell) and Penny (Knightley) form takes them on a wild adventure befitting of the end days, and reveals how the most important people can enter our lives at the most unexpected times,” according to the official synopsis. Comedian Patton Oswalt also co-stars.

Are you happy that Keira Knightley is engaged?