If you cannot get enough of AMC’s Mad Men this season (and who can? Not just Don Draper but even Roger Sterling is proving to be irresistible at times!) Check out these five films to get your fix! 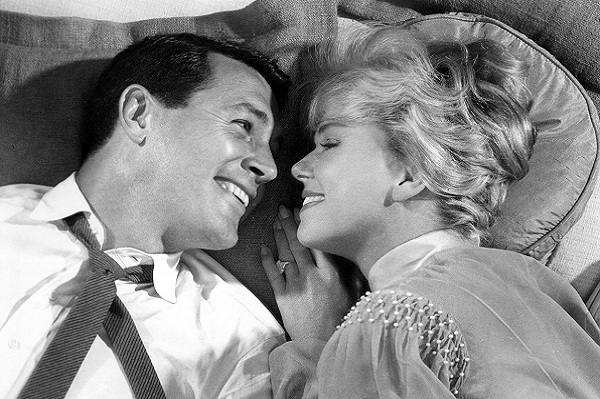 Mad Men is proving to have a great season right now as they move from the 1950s and 1960s through the culturally revolutionary period of the 1960s and all that entails: civil rights, women’s rights, the era of media and pop culture. If you can’t get enough of the 1960s, New York, office politics and advertising (or a combination of all) there are some fun movies that are must-viewings for Mad Men fans (or “Maddicts”)!

These films reflect the relationship dynamics of the era and often feature a lonely executive:

There is no better character than “Bunny Watson” (and no greater name) played by Katharine Hepburn. This is one of the later Tracy Hepburn pairings and their verbal sparring is at its best here. Watch Kate Hepburn navigate office politics and a delightful office Christmas party with too much champagne (and wit). Imagine being a young professional in Manhattan and having a job in fact-finding or research (can they name all of Santa’s reindeer?). Can it get any better? Alas, the “girls” are to be replaced by a supercomputer (in a nod to the era: it’s the size of a Buick). Full confession: This movie prompted a career move into research and it is as much fun as the film depicts!

Cary Grant — the first and quintessential Don Draper on screen. (An inspiration perhaps?) Advertising is only part of the film’s beginning but it’s still fun to watch Grant in his 1960’s steel gray suit (a Madison Avenue staple back then) navigate this thriller’s twists and turns. Oh, and there’s New York and the United Nations and just superb Hitchcock.

This Billy Wilder classic starring Jack Lemmon is very early 1960s. Who doesn’t love Shirley MacLaine? She’s adorable in her pixie haircut (and working as an elevator operator no less!). This is the typical lonely exec film with all those shenanigans.

Okay it’s not 1960s but it has that throwback feel. This film was released back when Mel Gibson was still Mel Gibson (and not a crazy, ranting lunatic) and captures the essence of vintage films: Gibson listens to Sinatra and generally behaves badly until Helen Hunt takes over as his boss in advertising. Although this is set in Chicago and not New York, it gives you a pre-social networking flavor of changing mores in the advertising world. Some classic moments. A fun film where the character’s magical ability to telepath (the ability to hear women’s thoughts) — actually serves the plot and helps change Mel’s character into a better man. Now if only art could imitate life! 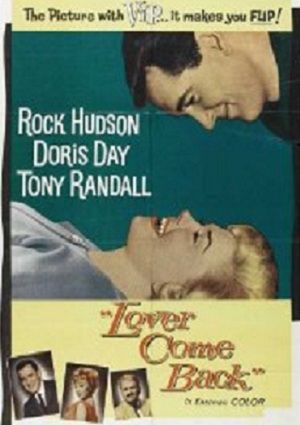 Lover Come Back is the quintessential New York advertising film at its peak and the screenplay was nominated for an Oscar. Rush out and watch it now. It’s comedy, romance, 1960s and Doris Day in hats (check out these amazing Leo Fuchs period photos). Plus there’s Rock Hudson and advertising galore. The plot is classic, over the top, screwball: They work at rival advertising firms and are competing for clients. He does it the old school, playboy way and she does it on talent and hard work. The woman wears gloves for goodness sakes! Gloves. This film is a gem. Who could ask for anything more? Oh, and what the heck is “VIP?”

You might also like: The Seven Year Itch: Lonely exec again in the heat of summer with a goofy upstairs neighbor (sublimely portrayed by Marilyn Monroe). If you love Ewan McGregor and the 1960’s style, check out Down With Love. If you like New York and fluffy 1960’s romantic comedies: Check out the Oscar-winning Pillow Talk. It does not get any more fluffy ’60’s New York than this film!

What are your faves?