Janet Jackson has some hard-earned wisdom to impart on niece Paris Jackson. The sole daughter of late legend Michael Jackson has hopes of becoming an actress, but at least one member of the family does not approve. 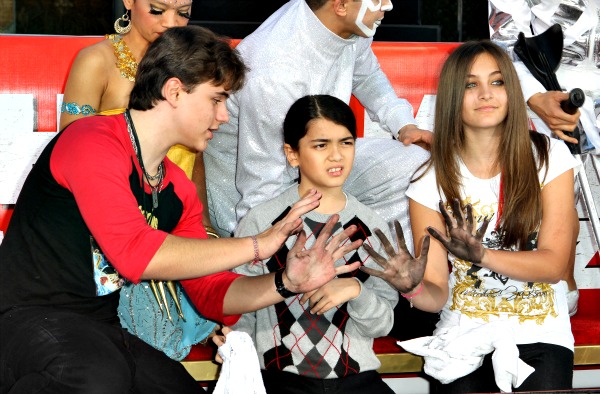 Janet Jackson believes Paris Jackson and brother Michael’s two sons deserve to have a childhood. Though the late singer’s daughter has begun to break into acting already, her aunt is advising she spend a few more years just being a regular kid — at least as regular as possible.

“We’ve spoken about the fact that you’re only a child once,” Janet Jackson said during an interview for the latest issue of Prevention magazine. “I think there’s a time for everything, and now is not the time [to act in films]. I told her I thought she should enjoy being a kid, possibly go to college or not, but wait till she turns 18.”

Is Paris Jackson being exploited by a shady producer? >>

The singer, who acted during her childhood on television shows such as Good Times, Different Strokes and Fame, went on to say of 14-year-old Paris Jackson, “She’s a very tough, smart girl. But it’s a cutthroat industry. I wouldn’t want my child to do it.”

Along with sharing her concerns for late brother Michael Jackson‘s children, Janet chatted about her recent weight loss success. “Health was always a concern,” the 46-year-old explained. “When I gained weight in 2005, my nutritionist was very worried. I was close to having diabetes. Even when I lost it [and] then gained quite a bit back, there was always the thought of heart disease.”

Of recognizing and coping with her self esteem issues she shared, “Knowing I have these problems with body image, I ask my friends and family to tell me when I’ve lost too much. Because I will continue to pick on myself like all other woman do, and say, ‘You need to [lose] more here, more there.'”

“I think people really connect with the idea of someone who’s gained and lost weight in a very public way, and also someone who’s an emotional eater.”

Do you agree with the advice Janet Jackson is giving to niece Paris Jackson?