Phillip Phillips totally knows he’s cute, okay? That doesn’t mean you can treat him like a piece of man meat, though. Find out what he has to say about his heartthrob status and his supportive girlfriend. 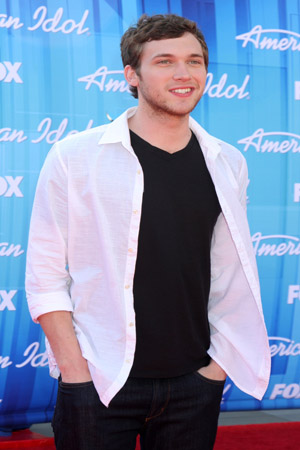 Let’s face it: Part of American Idol winner Phillip Phillips’ appeal is his “aw shucks” good looks. We’ll admit that we liked him because of his looks and talent — it’s okay to feel that way. The 21-year-old even realizes that it’s part of his appeal, though he hopes it’s not the only thing.

“If a girl [voted] for me because I’m cute, and then gets mad that I have a girlfriend, then she doesn’t really like the music,” he told Ryan Seacrest a day after his win over runner-up Jessica Sanchez. “I’m not some cute guy who is trying to be successful off that. I really want the music to come first.”

And he means it: The Georgia-native powered through eight painful operations during his time on Idol, so he really wants to be a successful musician. He’ll even go through another operation on his kidneys before going on the Idols Live tour this summer.

“The recovery’s probably two to four weeks,” his dad, also Phillip Phillips, told People on Wednesday night. “He’s healthy, he’s good. His kidneys are good. I can’t wait for America and the whole world to see him [after his surgery], because he’s a big cut-up. He’s going to have some fun.”

His female fans hope “have some fun” is code for hooking up with girls during the tour. Not so: Phillips has a serious girlfriend.

“She is so excited for me,” he said of his unnamed gal pal, rumored to be in nursing school. “She supported me throughout all of this, and I love her to death. She has helped me out a lot through this.”

She might even be on tour to keep those vicious girls at bay.

“I’m hoping maybe she will be able to come on tour with me,” he said during a Thursday conference call. “It would be cool to have her there.”

Are you disappointed that Phillip Phillips has a serious girlfriend?