Chad Ochocino’s just wanted a chill day off on Wednesday. Instead, he was left desperately searching for his Starbucks gold card after it was swiped from his car. Oh, the horrors! 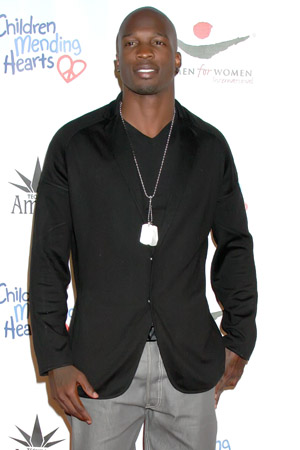 Chad Ochocinco had a terrible, horrible, no good, very bad day on Wednesday and he wanted everyone to know about it. The whole thing started when the NFL star had his wallet and iPod stolen out of his car. Now, he didn’t care about the wallet since it “only takes like seven days” to get a new license and he can cancel his credit cards. No, he was upset because his Starbucks gold card was in his wallet.

We feel you, man: Lattes aren’t cheap and $250 big ones down the drain? Not cool. Naturally, he tried to contact his fiance, Basketball Wives star Evelyn Lozada, to fly down and bring him some cash. No dice, she didn’t respond.

“You need to get your priorities straight, I have no wallet, credit/starbuck card n no cash… I can’t even eat… where are u?” he tweeted to his fiance. Ochocinco added that he couldn’t get cash out of a bank because he didn’t have an I.D. to show.

Soon, a follower on Twitter messaged him saying that her mom found his wallet in a dumpster in Providence, Rhode Island and got it back to him — sans the Starbucks card. No worries, though: Starbucks is happily sending him a new one.

“What a bummer! We gotcha your back… and we’ll send ya a new card ;-)” they tweeted back to the wide receiver.

Still, he’s not happy about losing the card in the first place.

“I wish Tyrannosaurus Rex diarrhea on whoever broke my window and stole my #gold starbucks cards…” he tweeted.