Diddy just can’t stop bragging about his son Justin Combs’ high school graduation — even if he’s sometimes feeling a little verklempt. Find out what’s next for the son of a mogul — and who P. Diddy’s willing to drop $2 million on! 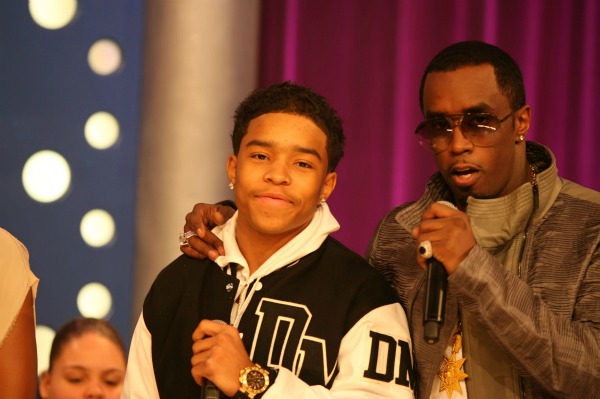 P. Diddy can’t control sharing his joy over son Justin Combs’ graduation. The 18-year-old son of the man born Sean Combs has donned a cap and gown, marking the end of his high school years.

In a series of tweets sent out by the name-changing music mogul Thursday, P. Diddy gushed:

The man, who infamously gave son Justin Combs a $360,000 Maybach car for his 16th birthday, seems to have riled up Twitter with recent talk of spending $2 million at a strip club. “Fyi the 2 mill strip club tweet was a twitter joke!” Diddy tweeted in the midst of gushing over his son’s graduation. “If I threw away 2 mill in a strip club my baby mamas would f**k me up. Lol loosin up.”

After that Maybach lavishness, can you really blame P. Diddy’s followers for falling for the “joke” though?

Very soon, Justin Combs will be off to UCLA where he’s earned a full-ride scholarship for his football prowess! Indeed, congratulations are in order for both the grad and proud papa P. Diddy!