Bethenny Frankel’s cheating and divorce rumors simply refuse to die down. What’s the star’s Skinnygirl partner Matt Hesse — and Jersey Shore’s The Situation — got to do with it all? 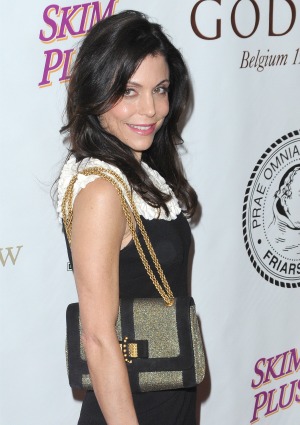 Is Bethenny Frankel cheating on husband Jason Hoppy with her Skinnygirl business partner Matt Hesse? Or how about the one where she hooked up with Jersey Shore‘s The Situation? As rumors of trouble in the relationship seas continue to swirl, so does the gossip!

Star Magazine has the latest set of rumors about Bethenny Frankel’s “imminent” divorce due to her, er, extracurricular activities with Matt Hesse.

An onlooker, who spotted the pair together at Mr. Chow, whispered in the rag’s ear, “They walked through the restaurant with his chest pressed up against her back and she leaned back and he whispered in her ear. Then, they went up the stairs to a private dining area together, literally with their arms wrapped around each other.”

While there’s not further proof of a Skinnygirl Frankel-Hesse affair, this isn’t the first time Mrs. Hoppy has been put under the cheating microscope. In early May, rumors flew that the reality star had hooked up with Jersey Shore‘s Mike “The Situation” Sorrentino!

It was The National Enquirer that alleged Frankel had been “caught” in a “cheating scandal” with the ab-flashing star. She reportedly “hooked up” with The Situation and the “scandal is threatening to destroy her already troubled marriage.”

Another anonymous source (imagine that!) commented to the tabloid, “Getting mixed up with someone like Mike Sorrentino, who has just been through rehab, is the last thing Bethenny needs right now.”

Two Bethenny Frankel cheating scandal reports in one month: Think there’s any truth to these tales?