Elton John was forced to cancel some concerts after a respiratory infection left him in a hospital bed. Is the legendary musician going to be okay? 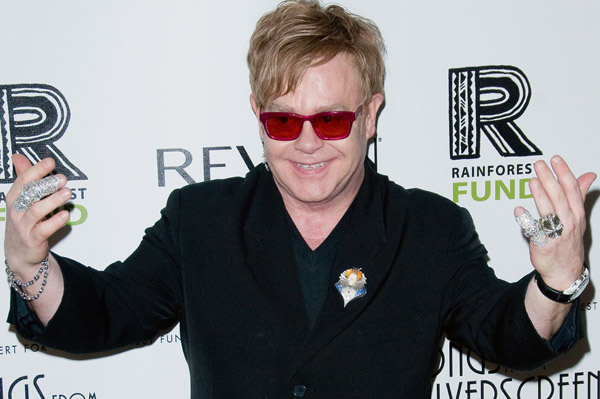 The Las Vegas Strip is known for making a lot of people sick with hangovers, but Sir Elton John managed to come down with a “serious respiratory infection” in Sin City. The good news: He’s recuperating after a visit to a Los Angeles hospital. The bad news: He had to cancel three Million Dollar Piano performances scheduled for the weekend on doctor’s orders.

“It feels strange not to be able to perform these Million Dollar Piano concerts at The Colosseum. I love performing this show and I will be thrilled when we return to The Colosseum in October to complete the eleven concerts soon to be scheduled. All I can say to the fans is sorry I can’t be with you. I hope to see you soon at this wonderful theatre at Caesars Palace.”

John’s respiratory infection is just the latest in a string of health scares. It all started back in the ’70s with his rampant cocaine addiction. He eventually won over the coke, but it took a toll on his body.

The addiction also caused him to spiral into a dangerous depression.

“I had become, physically ugly, spiritually ugly, a slob, a pig,” he told the Chicago Sun Times in 1990. “Despite all the success, I think I just wanted to be loved. I wanted someone to love me.”

Elton John is nominated as Celebrity Dad of the Year >>

He suffered from Bulimia during the ’80s, just like good pal Diana. “We were both bulimic,” he told Larry King in 2002. “I was also a bulimic. We exchanged letters about things like that.” He eventually sought treatment. The decade also brought throat surgery, leading him to cancel his entire 1987 tour.

John had a pacemaker put in 1999 after suffering from an irregular heartbeat.

“I feel very well,” he said afterward. “I’m a bit stiff, a bit sore, but everything went really well.”

Here’s hoping the legendary performer gets his energy back and is ready for his European tour starting in June.