Lifetime has found the face of Imperfect Justice. The network has tapped Canadian actress Holly Deveaux to headline their Casey Anthony biopic. The newcomer joins Rob Lowe and Elizabeth Mitchell in the upcoming made-for-TV movie. 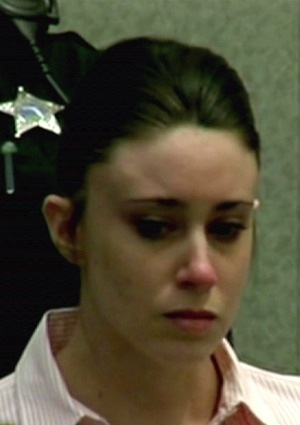 We knew it would happen sooner or later. Lifetime Television is sinking its teeth into the Casey Anthony story. The cable network will produce a made-for-TV movie called Imperfect Justice, based on her notorious trial and acquittal.

Casey Anthony coming to a television set near you >>

After months of searching, they’ve finally found the right actress to play Anthony. According to US Weekly, she’s a relative newcomer called Holly Deveaux.

The 19-year-old is a native of Canada and has appeared on TV programs like Less Than Kind, Baxter and the TNT movie Silent Witness.

Casey Anthony’s lawyers want to keep her out of Orlando >>

Although Anthony is an important part of the film, she won’t be its main focus. Instead, Imperfect Justice will center on the legal team that worked the trial. For those pivotal roles, they cast seasoned actors Rob Lowe, Elizabeth Mitchell (Lost) and Oscar Nunez (The Office).

Rob Lowe returns to Lifetime for another deadly movie >>

In 2011, all eyes were on Casey Anthony as she stood trial for murdering her 2-year-old daughter, Caylee. Despite public opinion and the desire for a conviction, she was found not guilty.

Since her release, Anthony has fallen off the grid. She’s gone into hiding amidst safety concerns brought on by death threats.

Will you be tuning in to Imperfect Justice?