We knew that Phillip Phillips had kidney problems during his run on American Idol, but we had no idea it was this bad. Find out just how bad his health was during the competition — it’s scary! 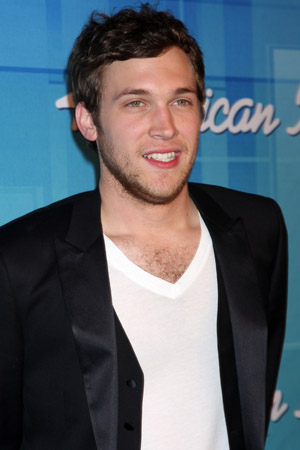 American Idol winner Phillip Phillips wowed fans during the show’s 11th season with his laid-back style. However, he was harboring a painful secret the entire time: His kidney stones were almost unbearable and required him to go through eight operations during his time on the show.

And he’s not done yet: The singer will have to go through another vital procedure before he hits the road for the American Idol tour this summer.

“The recovery’s probably two to four weeks,” his dad said of the new surgery. “He’s healthy, he’s good. His kidneys are good. I can’t wait for America and the whole world to see him [after his surgery], because he’s a big cut-up. He’s going to have some fun.”

“They’ve just seen a glimpse of what Phillip can do. We can’t wait to get him well and 100 percent and really see how he can perform.”

Idol producers helped ease some of the burden on Phillips’ health during the show by allowing him to sit out the grueling Ford commercials shot on a weekly basis. However, he never used his illness as a means to get ahead on the show — he barely talked about it, unless prodded.

“Yeah, I’ve been sick the whole show,” he admitted during a press day on Wednesday morning, according to The Hollywood Reporter. “I’m doing all right. It’s almost over, so I’m excited.”

“I’m going to get some surgery done, so I’m going to get all better for the tour,” he added Wednesday night, adding that it was difficult to play through the pain. “It was very tough [getting through the season]. I had great doctors and great people surrounding me [who] really helped out, so it’s just a blessing to be here.”

Are you happy that Phillip Phillips won American Idol?