All is not perfect in Bethenny Frankel’s multi-million dollar world: She’s reportedly seeking the advice of a divorce attorney. Take it with a grain of salt, but the reality star hasn’t denied that she’s having marital troubles. 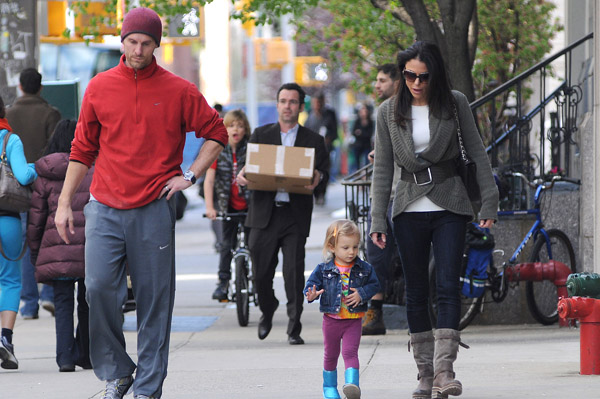 Uh oh: Is Bethenny Frankel’s marriage to Jason Hoppy really at risk? Yes, according to a new report on RadarOnline and in Star magazine. The couple — married for two years — is reportedly considering their options as Frankel is allegedly seeing more and more of her business partner, Matt Hess.

“They walked through the restaurant with his chest pressed up against her back, and she leaned back and he whispered in her ear,” an insider told Star. “Then, they went up the stairs to a private dining area together, literally with their arms wrapped around each other.”

We call shenanigans — Frankel knows that people would blab that sort of behavior to the press. However, the magazine adds Hoppy apparently knows about the relationship and will “call Bethenny out on her infidelity and name Matt in the papers” if they divorce.

Bethenny Frankel is drinking her way to the top >>

However, another source told The Huffington Post that it’s all a bunch of lies. “This is not Bethenny’s style,” the source said. “If she wanted to leave Jason for Matt, she would do it. She is not the sort of girl to sneak about behind anyone’s back.”

“She is honest to a fault and has no problem saying exactly what she wants, including when it comes to her marriage.”

The pair — now living in Los Angeles with daughter Brynn for her new talk show — looked fine when spotted out and about last week. Frankel hasn’t denied that they’ve had trouble, though.

Bethenny Frankel: I had a miscarriage >>

“I think marriage is a little bit more difficult than I thought,” she told Anderson Cooper earlier this year. “We didn’t date for that long and we were pregnant and so many different things happened at the same exact time including having a baby and my business.”

“We were also older, when you get married older you’re set in your ways and that’s when the acceptance really has to come into play.”

Will they make it? We hope so, especially for their daughter’s sake. They seemed to be doing better after their vacation to Mexico.

“They are still together and want to make this relationship work,” a Frankel pal told the HuffPo.