New York Times bestselling author Vicki Pettersson’s urban-fantasy, The Taken, has critics raving. This sexy, supernatural mystery is a must for your summer reading list. 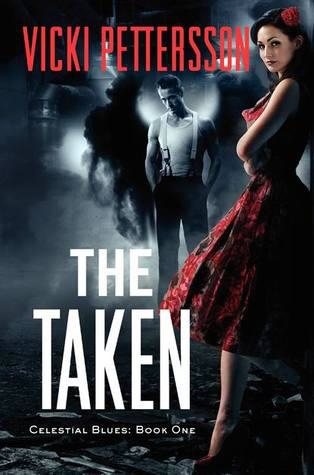 New York Times bestselling author Vicki Pettersson is famous for her Signs of the Zodiac novels, a six-book urban fantasy series set in her hometown of Las Vegas. Now she’s wowing critics and early readers with The Taken: Celestial Blues: Book One, the first book in a breakout new supernatural noir trilogy.

You’ll be introduced to an imaginative world, the immortal realm of the Everlast, where Centurions — mortals turned angels — are charged with ferrying murdered souls into the afterlife. Grif’s duty is to escort photojournalist, Nicole Rockwell, safely there after she’s killed while investigating a prostitution ring. Yet while assisting Nicole, Grif does something rebellious and as punishment, his wings are removed, and he’s forced to return to Sin City — where he and his wife were mysteriously murdered 50 years before.

Because of Grif’s rebellion, Rockwell’s best friend and colleague, Kit, is now destined to die as well. But instead of giving up, Grif and Kit form a pact — he’ll help her find Nicole’s killer if she uses her reporter’s skills to help him solve his own murder. Soon, the investigation turns deadly and the race is on to find the person responsible for it all.

Paranormal, romance and mystery fans alike will love The Taken, a story of finding the light in a dark conspiracy, a story of love and loss, and a story of questions about the afterlife.