Director Lee Daniels has found his modern-day Jacqueline Kennedy. His upcoming film, The Butler, will feature the former First Lady and her husband, President John F. Kennedy. So who’ll bring the fashionable icon to life? 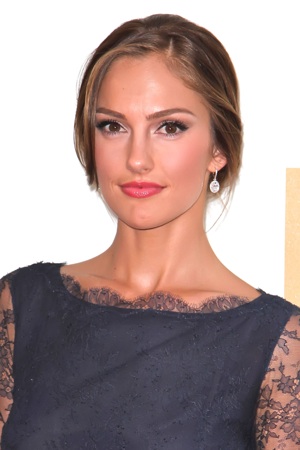 Lee Daniels (Precious) is busy rounding out the cast for his upcoming drama, The Butler. The director has his eye on former Charlie’s Angels star Minka Kelly to play America’s most famous First Lady — Jacqueline Kennedy.

Charlie’s Angels gets canceled, but it’s not over yet >>

The Butler is a biopic based on the life of Eugene Allen, the former White House butler who served eight presidents from 1952 to 1986.

Oscar-winner Forest Whitaker will headline the film as Allen, with Oprah Winfrey and David Oyelowo playing his wife and son.

While promoting his latest project, The Paperboy, Daniels told ScreenDaily about his passion for The Butler.

“I connected with it because it is ultimately a father-son story with a civil rights backdrop. In my lifetime there were separate water fountains, swimming pools and toilets for blacks. People forget that. This is such an exciting journey for me.”

Daniels has managed to wrangle some impressive talent to fill out the former presidential families. John Cusack will tackle Richard Nixon, native Brit Alan Rickman will star as Ronald Reagan, while Matthew McConaughey will do his best as John F. Kennedy.

Jane Fonda doesn’t need a man to be whole >>

As for the ladies, Jane Fonda will be Rickman’s other half Nancy Reagan, while Kelly fills Jackie Kennedy’s fashionable shoes. Other cast members include Terrence Howard, Cuba Gooding Jr. and Nicole Kidman in undisclosed roles.

Daniels starts location scouting next week, and the shoot is scheduled to begin July 16.

Do you think Kelly is First Lady material?