We’re not sure what you’ll be asking for this holiday season, but we’re getting what we want for Christmas: Leonardo DiCaprio as a more-than-gorgeous Gatsby! 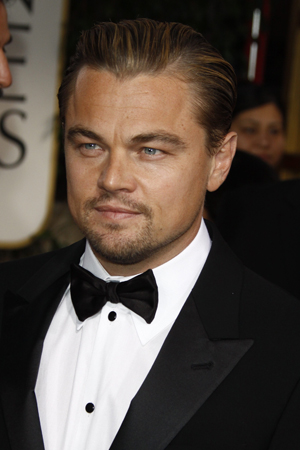 With so many remakes like Arthur and Footloose already conquered, plus Carrie and The Magnificent Seven currently in the works, movie fans worldwide roll their eyes every time another studio announces that a recycled idea will soon be seen on the big screen.

In particular, Robert Redford fans took it personally when news broke that Leonardo DiCaprio and Carey Mulligan were replacing the Sundance man and the pixie legend, Mia Farrow.

However, after watching the newly-released trailer, we have to admit: The upcoming remake of The Great Gatsby will be unlike any other F. Scott Fitzgerald interpretation ever made.

Directed by Baz Luhrmann, the 1920s time capsule seems to combine the colorful splendor of Moulin Rouge with the gut-wrenching conviction that DiCaprio displayed when he worked with Luhrmann previously in Romeo + Juliet. Add to that a few modern touches like a killer soundtrack and a three-dimensional screening option (yes, the same DiCaprio from Titanic 3D will once again be leaping off the screen into your lap), and we’ve got ourselves a film at the top of our Christmas list. Not to mention Tobey Maguire as Nick Carraway!

Once production began, Luhrmann expressed his wishes to honor the classic novel at all costs. “Fitzgerald’s story defies time and geography,” he said. “The vision and the goal of our remarkable cast and creatives is to do justice to the deftness of Fitzgerald’s telling, and illuminate its big ideas and humanity. This is our challenge and our adventure.”

Watch the roaring trailer of The Great Gatsby below: