Outside of a couple of excruciatingly uninspired, borderline creepy YouTube video diaries of Casey Anthony (also known as almost eight minutes of our lives we’ll never get back), no one has seen Casey. Until now. 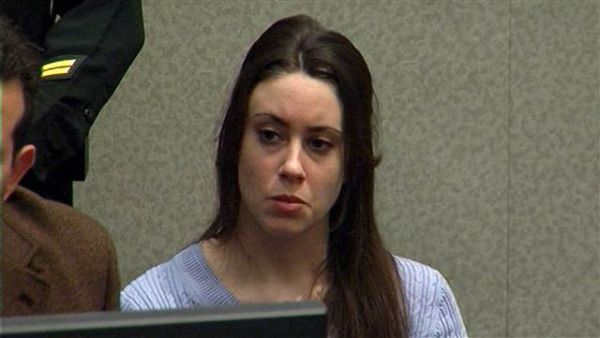 Casey Anthony went into “hiding” after being acquitted on murder charges in the death of her 2-year-old daughter, Caylee Anthony. Much like videography, or say, telling the truth, Casey doesn’t seem to be terribly skilled at hiding. Florida is a big state — lots of swamps and trees and opportunities to go into hiding. Turns out, Anthony is about as good at hiding as she is at disguises (she altered her appearance, then uploaded a YouTube video showcasing her new look).

When under investigation for the death of her daughter, Anthony told police that her nanny, Zenaida Gonzalez had kidnapped Caylee, who later was found dead. Anthony’s attorneys admitted later that the story was fabricated and that there was no nanny named Zenaida Gonzalez.

But there is a woman named Zenaida Gonzalez, and she’s not thrilled with having her name drug through the mud in connection with the high-profile disappearance and death of a 2-year-old Florida toddler. Turns out innocent people get cranky when they get confused with someone who allegedly kidnapped a baby.

Gonzalez filed civil charges of defamation, and so a subpoena for Casey Anthony was issued. Gonzalez’s attorneys figured out where Anthony was “hiding,” and waited for days for her to appear. Finally, Anthony’s attorney accepted the subpoena on Anthony’s behalf.

“Our investigation team had her whereabouts pinned down,” Gonzalez’s lawyer, Matt Morgan, told People. “Their backs were against the wall, so her attorneys said that they would accept service on her behalf.”

“Ms. Gonzalez is happy to hear that Casey Anthony finally will be held accountable just like everybody else,” he added.

Casey Anthony will appear on trial in January, assuming she doesn’t go into “hiding” again.