After eight seasons, House has checked out. But the drama put viewers through the ringer one last time before saying goodbye. The series finale was filled with surprising returns and a jaw-dropping switcheroo. 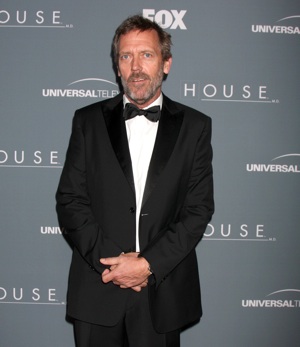 It’s the end of an era. Monday night, Fox aired the series finale of the long-running medical drama, House. It’s a show that was built around the brilliance and arrogance of the title character (Dr. Gregory House), a man known for playing by his own rules.

Therefore, we shouldn’t be surprised by his shocking and unconventional exit. How many near death experiences can one person have? During the last episode, viewers were on to the edge of their seat as the doctor knocked on death’s door.

While in a drug-induced haze, House was trapped inside an abandoned building surrounded by flames. It seemed like the end, but it wasn’t.

We were tricked! There was a funeral, there was grieving and we assumed House was no more. But in reality, he faked his death in an attempt to escape his legal troubles. Instead of heading to prison, House wanted to spend his foreseeable future with Wilson — off the grid. Considering Wilson’s terminal state, it was a fitting end.

Guess who’s checking back in for House‘s finale? >>

As promised, the finale was filled with many returns. Once again, we saw Kutner (Kal Penn), Amber (Anne Dudek), Stacy (Sela Ward) and Cameron (Jennifer Morrison). Unfortunately, Cuddy (Lisa Edelstein), was nowhere to be found.

Despite the episode’s dark tone, and the overarching theme of death, there was a silver lining. We watched House and Wilson ride off into the sunset, ready to tackle life one day at a time.

What did you think of House‘s series finale?