It’s the moment you’ve been waiting for, nearly 10 years in the making… the most chauvinist man of all time comes back into your living room. Ron Burgundy the news anchor returns. 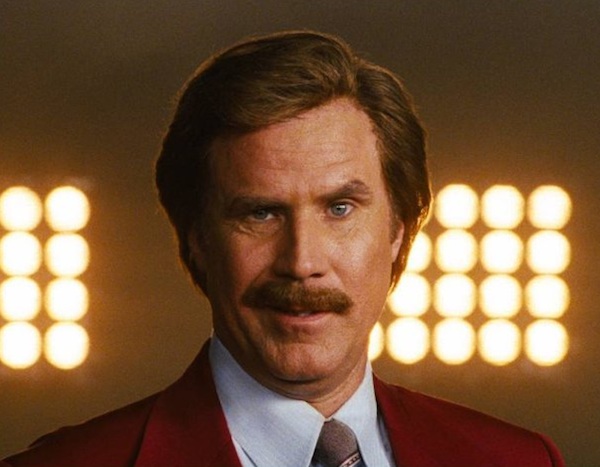 Due to hit theaters in 2013, the legend of Ron Burgundy is not confined to only one movie. The sequel to the long-awaited saga of the most chauvinistic news man of the 70s continues with Anchorman 2.

The very thought of seeing Ron Burgundy, the character Will Ferrell made famous with his deadpan delivery and incurable stupidity, without his news team would bring tears to many a fan’s eye. Although rumors speculated that some of the news team might not make an appearance in Anchorman 2, never fear, they are all assembled here for your very own pleasure.

“Hey, America. Did you miss my hot breath in your ear?” Burgundy asks after walking out of stadium lights on a nondescript stage. The answer, my friend is yes. We don’t know how, but we missed you. 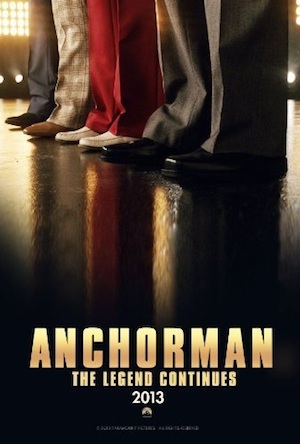 David Koechner, who plays Champ Kind, is the first to show his face to the cameras. “There’s gonna be submachine guns and boobies,” he tells the audience. Next is Paul Rudd returning as Burgundy’s bestie Brian Fantana. “Oh, it’s gonna get stanky,” he says.

And if you know the laws of physics and the lore of Anchorman, you can’t have Kind and Fantana without Brick Tamland. Steve Carell, the innocent dummy Brick, makes his debut in the trailer as… you guessed it, the idiot everyone loves.

Other than that, there is no indication about the details of the plot. In the first film, Burgundy is forced to make adjustments when his television station hires a female reporter Veronica Corningstone, played by Christina Applegate, to be part of the news team.

The question remains for Anchorman 2, where is Christina Applegate? And if she’s not joining the news team, just who will take down this chauvinistic posse that has dominated the San Diego news (and dating scene) for the decade of disco…? We’ll just have to wait and see.

Anchorman 2 cannonballs into theaters in 2013.

Will you see Anchorman 2 without Christina Applegate?