A ridiculously expensive champagne toast is in order for newlyweds Mark Zuckerberg and Priscilla Chan. The pair tied the knot over the weekend — but it’s not yet quite clear if she too has joined the billionaire bunch. 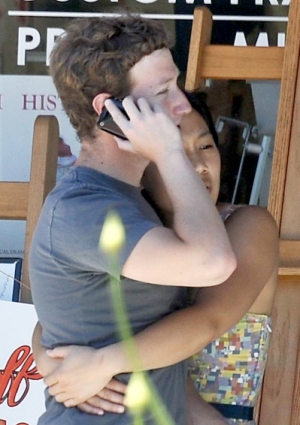 When Mark Zuckerberg married Priscilla Chan on Saturday they vowed till death do us part — but are their bank accounts parted as well? Mixed in with the congratulatory wishes is speculation surrounding the timing of their wedding ceremony.

We’re not saying Priscilla Chan isn’t sitting pretty as the wife of Facebook billionaire Mark Zuckerberg, but don’t go assuming what’s his is hers. You see, the pair wed after the Facebook initial public offering (IPO), which makes the profits more clearly his than hers should the marriage not turn out to be happily ever after.

It’s official: Bono is the richest rock star ever >>

There’s no official word yet on if the couple, who started dating in 2004, signed a prenuptial agreement. Nonetheless, experts are speculating on what could happen just in case.

Divorce attorney Laura Wasser explained to TMZ, “Facebook is a separate property asset of Mr. Zuckerberg. It’s like a painter who paints a painting prior to marriage and sells it shortly after marriage. Any proceeds from the sale of the painting are the artist’s separate property.”

Reuters goes on to note that if there is no prenup, the wedding’s timing (one day after the IPO brought in $19 billion) would help establish the value of their assets as mostly his in the event of any future divorce battle.

Sounds like Priscilla may be getting the short end of the dollar, but if Facebook continues to increase in value during their marriage, she will have a 50 percent interest in proceeds from the growth.

Despite Facebook stock dipping to $17 billion in value on Monday, the newlyweds can take heart knowing social media users are really happy for them. Mark Zuckerberg’s wedding photo has been ‘liked’ by well over a million followers!