Snag a spot on your favorite lounge chair and grab that guilty pleasure of a read — it’s summer time!

I Couldn’t Love You More
by Jillian Medoff

Eliot Gordon is happily married with three kids in tow. Well, sort of. Eliot and her boyfriend, Grant Delaney, are a “married” couple for all intents and purposes, but have never officially tied the knot. Eliot has raised Grant’s two daughters from his previous marriage when their aloof artist mother all but checked out of their lives. And together they have a third child — 4-year-old Hailey.

Eliot’s dream life —- she always wished for a nuclear family after her own parents’ painful divorce — threatens to unravel when she bumps into her long-lost college love, Finn Montgomery, at Hailey’s posh private school. While on vacation with the girls, Eliot’s seemingly innocent phone conversations and meetings with Finn take a disastrous turn, with far reaching consequences that Eliot can never take back. 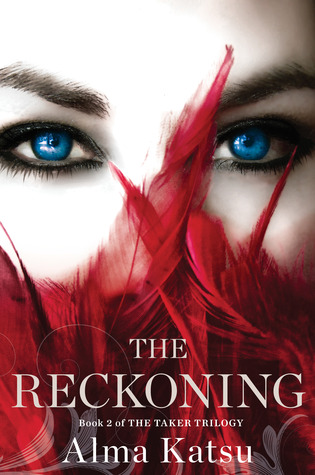 The Reckoning
by Alma Katsu

In The Taker, Alma Katsu introduced readers to fascinating supernatural characters and their quest for eternal life and love despite the consequences. The much anticipated sequel, The Reckoning, continues where The Taker left off, and is the perfect juicy summer read.

Lanore received the gift — or curse — of eternal life from charming yet cruel Adair. Adair believed that Lanore would love him and be his eternal companion, but in a turn of events, Lanore imprisoned her creator and has spent the last 200 years atoning for her sins. She has given away many of her earthly possessions in hopes of a new life with her new love, Luke Findley. However, unbeknownst to Lanore, Adair has escaped his entombment and wants nothing more than revenge against his jailer.

The Unseen
by Katherine Webb

It is year 1911, and Reverend Albert Canning is leading a content life with his wife, Hester, in a Berkshire village. But two new arrivals are bound to change their lives forever — their new maid, Cat, sent down from London after run-ins with the law, and Robin Durrant, an occult expert attracted by the local water meadows.

Soon after her arrival, Cat acquaints herself with the local society and begins to plot her escape. The charming Robin, on the other hand, attracts much interest and desire. Plagued by the unyielding summer heat, the once peaceful village becomes the site of jealousy, forbidden love and eventually murder.

The Unfinished Work of Elizabeth D
by Nichole Bernier

It is the summer after the September 11th attacks, and Kate’s best friend, Elizabeth, suddenly passes away in an accident. Kate seeks out some quiet time on Great Rock Island, but the journals Kate inherits from Elizabeth paint a completely different woman than the one she thought she knew.

Uncertain about her own marriage, Kate is shocked to learn about Elizabeth’s less-than-sunny upbringing and her journey through marriage and motherhood. Every extra page causes Kate to question everything about her own life and the choices she has made. And when a man’s name — one she has never heard before — makes an appearance in Elizabeth’s journal, Kate also begins to question what really happened on the day her friend died. 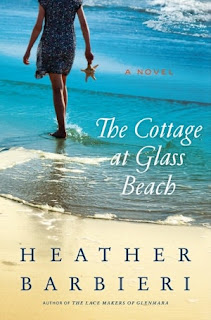 The Cottage at Glass Beach
by Heather Barbieri

Nora Cunningham is the picture of a perfect mother and politician’s wife, that is, until she learns of her husband Malcolm’s infidelity. Humiliated, Nora picks up her two daughters and retreats to Burke’s Island, a small retreat off the coast of Maine.

Although Nora grew up on the island and spent the first five years of her life there, she has not been back since the summer when her mother disappeared at sea. One night on the beach, Nora gives in to grief, crying alone into the night. Several days later, she finds a fisherman, Owen Kavanagh, shipwrecked on some rocks. Nora’s aunt suggests that the fisherman is the product of the mythical island, a creature summoned by Nora’s sorrow. But Nora has a hard time believing he’s anything more than who he appears to be.

As she works to untangle her mess of a life, Nora’s daughters entangle themselves in a mess all their own and leave Nora with no choice but to face the truths she’s long avoided.

Some visit the romantic sites in Europe, others the Seven Wonders of the World. Andrew Blackwell, on the other hand, decided to visit the world’s most polluted places.

In his memoir/travel diary/expose, Blackwell recounts his jaunts through the radioactive wilderness of Chernobyl and the filthy waters of Ganges in India, among others. Visit Sunny Chernobyl is not your typical light-hearted summer read, but Blackwell’s sense of humor creates a certain appeal for an otherwise disturbing read about the environmental damage wrought by humans.

Sororities have provided ample fodder for many books and movies, and Sorority Sisters by Claudia Welch is a welcome new take on this always entertaining topic.

In 1975, Laurie, Karen, Ellen and Diane were all part of the pledge class. Karen is only obeying her mother’s wishes, while Laurie is looking to fit in. Ellen is not above “paying for her friends” — as the saying about sororities goes — and getting some free beer in the process, and Diane is the envy of others, with guys hot in pursuit of her attention.

What the four girls don’t expect is to form a bond and a sisterhood that lasts well beyond the parties, the heartbreaks and the four years they spend in college.

Saba Tarcan’s traditional Turkish father stifles her ambitions to sing in public, and at 23, Saba wants nothing more but to break free of his hold. Without much thought, Saba joins ENSA — the Entertainments National Service Association — a group that entertains soldiers in the desert war in North Africa. Saba is determined to be a singer, and her swift decision almost ends her blossoming relationship with a young pilot, Dom Benson.

Unexpectedly, Dom follows Saba to Cairo, but while he lives to fly the skies, Saba is equally in love with her exciting career on the ground. Soon after her arrival in Cairo and given her nationality, Saba is asked to assist with covert missions of World War II. Sent on a spy mission to Istanbul, she is forced to not only sacrifice her own safety, but to lie to the love of her life and further jeopardize their relationship.

The Innocents
by Francesca Segal

In Temple Fortune, a small Jewish community in London, 28-year-old Adam Newman is the perfect catch. But Adam is newly off the market since he proposed to Rachel Gilbert, his girlfriend of 12 years. It’s a union long awaited by both families, and Adam himself looks forward to a comfortable life with Rachel and as a partner in his father’s law firm.

When Rachel’s beautiful cousin, Ellie, arrives from New York, Adam’s certain future begins to looks less so. Ellie’s troublesome past at first repels him, but he soon feels pulled to her ability to defy conventions and pave her own path. As their relationship evolves, Adam must choose between the life he’s always imagined for himself and the life his heart desires.

Charlize “Charlie” Edwards finally has everything she’s envisioned in her own journal of life advice — the perfect L.A. home, two amazing friends, a sexy love interest, Jordan, and a hip job as the personal assistant of Drew Stanton, Hollywood’s hottest movie star.

But, as perfect things go, Charlie’s “perfect” life does not last for very long. Her love interest may no longer be in the picture, Drew is acting out on the set of his new movie, and to top it all off, her parents are set to visit her in L.A. for the holiday season. Jordan has disappeared to Paris, granted, to shoot a film, while his producer, Liam, an old crush, is back, and Charlie’s feelings are once again aflutter.

In a sweet love triangle that makes for the perfect beach read, Charlie is forced to decide between waiting for Jordan and her reignited feelings for Liam, all the while dealing with out-of-control movie stars and overbearing family members.