The new trailer for the next 007 movie, Skyfall, starring Daniel Craig, is full of action, thrills and intrigue in its 23rd episode of the hunky super-spy from Britain. 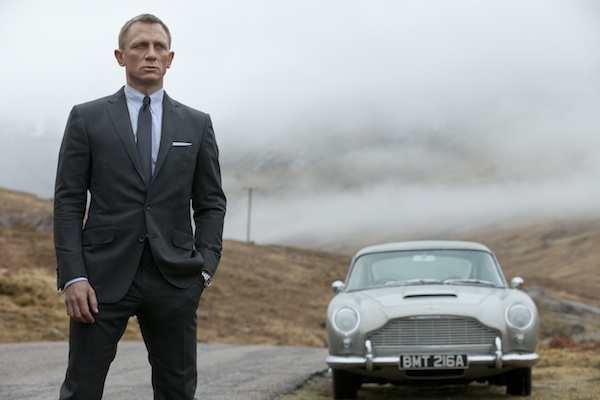 It’s Craig. Daniel Craig. And he’s shirtless in the trailer. Even if only for a second. You have to look quick, ladies, but it’s there! The newest preview for the next James Bond film, Skyfall, shows action, explosions and a very sexy moment with a gorgeous Bond girl. Were you expecting any less?

If you’ve forgotten where we left off last, things weren’t too rosy for our hero with the hot accent at the end of the last film. This time, darkness is upon our famous British secret agent. The new trailer opens in a locked room with Bond, played by Daniel Craig, of course, being given an association test.

The interviewer says, “Country.” Bond says, “England.” Seems simple enough until the interviewer gets to, “Murder,” and Bond says, “Employment.” Then, we’re left with the final word, which is “Skyfall.” And all we hear is Bond saying it’s “Done.”

What mission is that? One that involved Judi Dench as M, no doubt. Rumors about the plot in this 007 episode don’t give us much insight other than this time Bond’s relationship with M is challenged when we find out she has a secret past. Did you see Notes on a Scandal? You know Dench has something up her sleeve.

Naomie Harris, known for her reoccurring appearance in the Pirates of the Caribbean franchise as well as 28 Days Later, plays Eve, the field agent who goes head-to-head with Bond.

How long with Daniel Craig continue to play James bond? >>

Skyfall is directed by Sam Mendes who directed American Beauty, Road to Perdition and Jarhead. We’re hoping his obsession with character and need for sweeping action brings Bond to a whole new level of sexy spy material. Skyfall shoots into theaters and IMAX locations Nov. 9.