Esquire just named Mr. Kardashian — better known as Bruce Jenner — as its “Father of the Year” for 2012. We’d say he deserves it: He willingly puts up with Kris Jenner on a daily basis. 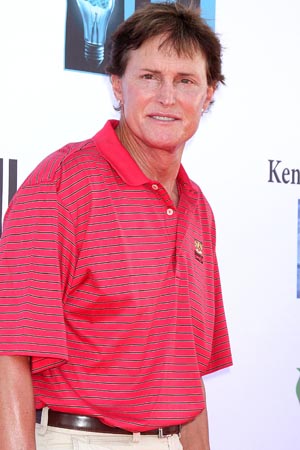 If there was an Olympic event for Keeping Up with the Kardashians, Bruce Jenner would sweep the awards. Esquire recognizes the quiet Olympian’s plight and instead named him “Father of the Year” — albeit probably ironically —  in its new issue.

“There is no red singlet in a frame; his gold medal is nowhere to be found. For the most part, Bruce Jenner, Olympian, has been banished to the garage,” the magazine writes of Jenner, adding that he spends most of his time these days playing with his toy helicopters.

Kris Jenner, known for her ball-busting business skills, gets uncharacteristically soft when she talks about her husband as a father.

“I was a housewife and a mother; that was my priority for the first half of my life [with the late Robert Kardashian]… after my first litter grew up, I had two more kids with Bruce, and he wanted to be really involved, and I went to work. He made that decision, because with his first kids, he maybe wasn’t the best father. With us, he got a second chance,” she said.

“He’s just such a good person with such a good heart,” Khloe told the magazine, a sentiment that Kim echoed. The only person who didn’t want him in their lives was Kourtney. “But he didn’t give up on me,” she told Esquire. “He never gave up.”

The “Father of the Year” definitely knows his place: Behind the scenes in the family business.

“Being a celebrity is a business,” he said. “That’s how you have to look at this, and by that measure, this is a very successful business. You see them everywhere, all the time. There’s a reason for that.”

Do you think Bruce Jenner deserves the “Father of the Year” honor?