Robin Williams is dead? The gossip mill is at it again, killing off celebrities for “entertainment purposes” only. Help spread the word the reports are fake! 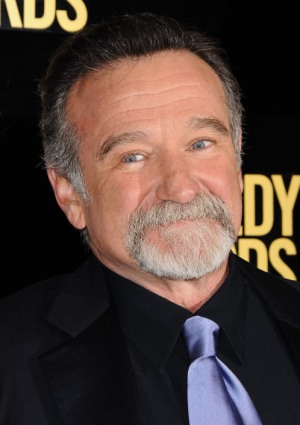 Robin Williams died, and gullible isn’t in the Twitter dictionary. Apparently the only thing easier than tweeting about a sandwich is starting a celebrity death hoax, and now it’s Robin Williams‘ turn to take the fall.

Monday morning concerned fans of the comedic actor took to the Internet to search for news about the beloved star. Those typing “Robin Williams died” into search engines may have, unfortunately, landed on a site set up to purport the gossip for “entertainment purposes.”

The report, already shared by 2,900 Facebook users, goes on to say, “This story is still developing… Actor Robin Williams died while filming a movie in Kitzbühel, Austria early this morning — May 21, 2012. Preliminary reports from Austrian Police officials indicate that the actor fell more than 50 feet to his death in a remote area of the Hahnenkamm mountains while on-set during the filming of a movie. Specific details are not yet available. The accident occurred at approximately 4:30 a.m. (UTC/GMT +12).”

Way, way down on the page reporting Robin Williams’ death is this disclaimer, however:

FAKE… THIS STORY IS 100% FAKE! this is an entertainment website, and this is a totally fake article based on zero truth and is a complete work of fiction for entertainment purposes! this story was dynamically generated using a generic ‘template’ and is not factual. Any reference to specific individuals has been 100% fabricated by web site visitors who have created fake stories by entering a name into a blank ‘non-specific’ template for the purpose of entertainment.

Still, gossip continues to spread like wildfire. “Damn! Robin Williams died this morning, fell off a 50ft cliff in Austria at 4:30am while shooting a movie,” wrote one Twitter user. Another commented, “There’s gossip that Robin Williams died. Please dont be true! I watched a Heath Ledger movie yesterday, that was depressing enough!”

Slowly, but surely, actual news reports are catching up with the gossip and setting things straight. One fan from New York who read the reports are fake tweeted, “I saw that Robin Williams died and had a heart attack. Thank God that isn’t true! #hesmyhero.”

Do an actor a favor — spread the word that the “Robin Williams died” reports are fake!