The unstoppable superhero movie The Avengers destroys Battleship’s chances at number one by earning more than $55 million again this weekend. 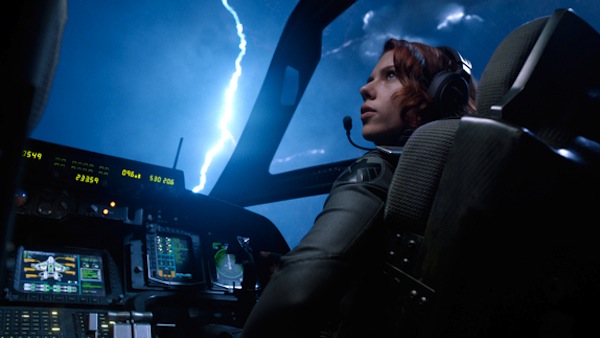 Gorgeous superheroes unite to save the planet with action, intrigue and a good bit of comedy in The Avengers. If you haven’t seen this movie, you’re one of only a handful of people. With a phenomenon that is reaching Avatar proportions, this film is becoming the newest movie sensation with its unstoppable box office power.

Ranking number one for the third week in a row, The Avengers pulled in more than $55 million in box office returns according to The Wrap.

This is good for some people (Disney, mostly — and man, did they need a lift after the John Carter debacle of earlier this year), but for others, it means getting sunk.

We’re talking about Battleship, in particular. The big-budget action film had been making a name for itself overseas before premiering domestically on Friday. Battleship grossed $25.3 million, which is no chump change, but up against The Avengers, the sci-fi action film at sea comes in a sorry second this week.

Coming in third place with $17.4 million this weekend is the much-anticipated Sacha Baron Cohen farce comedy, The Dictator. Cohen’s stunts at the Oscars (pouring ashes on Ryan Seacrest) and at Cannes Film Festival last week were no match for superheroes in unity.

Johnny Depp’s creepy Tim Burton vampire flick, Dark Shadows earned its place at number four with $12.7 million at the box office this weekend. Some critics are saying Johnny’s best in his pirate’s beard rather than a coffin.

The ensemble comedy about first-time pregnancies, What to Expect When You’re Expecting, ranked in at number five this weekend with $10.5 million in box office returns. Cameron Diaz, Jennifer Lopez and Elizabeth Banks play mothers-to-be in this very tongue-and-cheek look at motherhood.

Movie review: The epidural diaries in What to Expect >>

The Best Exotic Marigold Hotel surprised audiences with a climb in ranking this week. Earning $3.2 million, the story of a group of retirees who go to India for some relaxation only to find life anything but calm ranked sixth place this week.

Movie review: The Best Exotic Marigold Hotel is in India! >>

Still going strong with a hefty following, The Hunger Games, the screen adaptation of the popular book about a teenager girl who is asked to fight to the death in a game of sport put on by her government, earned $3 million bringing it in at number seven.

Rounding out the rest of the top 10 were Think Like a Man coming in eighth with $2.7 million, The Lucky One coming in ninth with $1.7 million and Pirates! Band of Misfits coming in tenth with $1.5 million.