This week’s top five Redbox/DVD/Blu-ray picks include a romantic comedy with lots of sexy action, an emotional tale of one woman’s struggle to be a success in a man’s word and some super fine acting by Liam Neeson. Grab your honey and stay in for the night! 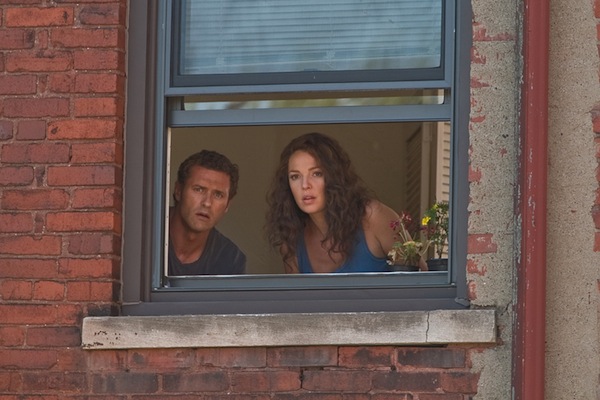 Katherine Heigl love-hates Jason O’Mara in this sexy rom-com about a New Jersey gal who decides that becoming a bounty hunter is the best way to get her life in order. Too bad her first assignment is to hunt down her ex-lover. You do the math.

Movie review: Katherine Heigl stalks her ex in One for the Money >>

Liam Neeson never disappoints — especially not in this frozen drama about a man fighting his way to civilization after a plane crash leaves him stranded with a handful of co-workers. Dermot Mulroney co-stars.

Movie review: Hungry like the wolf in The Grey >>

Glenn Close first performed Albert Nobbs on stage years ago and then spent some of her own money to finance the film about a woman living as a man in order to be a success in 19th century Ireland.

What happens when every teenager’s fantasy of having super powers comes true? A whole mess of responsibility and terrible outcomes. This is much worse than getting your driver’s license and not knowing how to parallel park. These three teens fight to keep ahead of their apparently deadly powers.

The cop becomes the suspect in this action thriller starring Woody Harrelson, Robin Wright and Sigourney Weaver. Can the police officer with a troubled past and a taste for vigilante justice come out with a clean slate? Ice Cube and Ned Beatty stir it up.