What would you do if you found out you had a sister you never knew about? The new dramatic film People Like Us explores the possibilities of building a new relationship with a family member you’ve never met. SheKnows brings you this exclusive photo from the film starring Elizabeth Banks and Chris Pine. 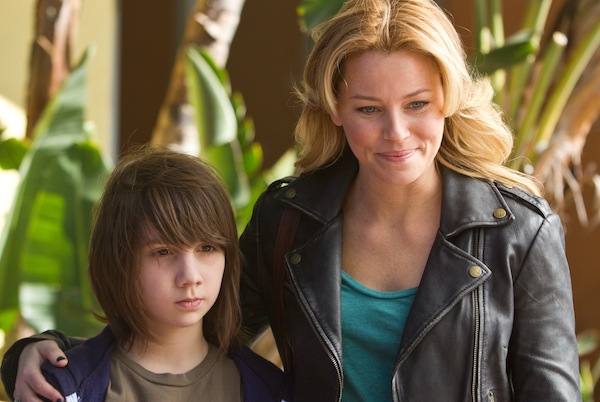 It’s the kind of thing you see on Ellen, but it never actually happens to you. A family member or a loved one reveals they have another family outside of the one you know about. It’s shocking, emotional and heartwarming, all at once. The new film People Like Us deals with this very subject.

Starring the adorable Elizabeth Banks of recent Hunger Games and What to Expect When You’re Expecting fame, People Like Us is about a man who finds out after his father passes away that he has a sister he never knew about. SheKnows brings you an exclusive look at Banks as the woman left behind in People Like Us.

Curious about this woman and her life, which is so very different from his, the successful businessman, played by Chris Pine, sets out on a journey to get to know her. This sounds like an amazing plan, only there’s one hitch — he never tells her they’re siblings.

And, that’s not all. She’s entitled to part of the inheritance money. This is the kind of information a broke alcoholic single mom with a troubled 12-year-old son would like to know. But does Pine’s character have the guts to tell her?

He would, only this kind of thing doesn’t happen to People Like Us. Unequipped with the emotional maturity it might take to go through such a confession, he spends several months getting to know her without coming clean.

Co-starring Michelle Pfeiffer, Olivia Wilde and Jon Favreau, this emotional drama takes audiences down a path of the unknown when it comes to family, friends and doing the right thing.