Why would Grey’s Anatomy do that? That’s what many fans thought while watching last night’s season finale. Creator Shonda Rhimes made good on her deadly promise and killed one the series’ regulars. 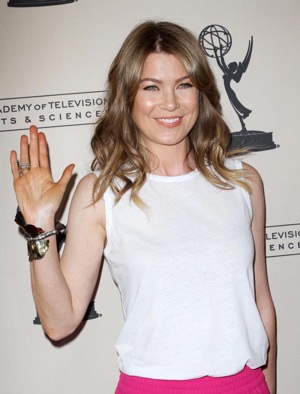 Someone from Grey’s Anatomy has gone bye-bye and it’s not who you think. For weeks, we’ve gotten hints that Thursday’s finale would bring death. We were warned that someone significant would bite they bullet, and they did.

(If you haven’t watched the episode, avert your eyes. Spoilers below!)

This year’s finale centered on a dramatic plane crash that put multiple lives in danger. Lots of characters were at risk, but only one met their maker. It was Little Grey! Creator and writer Shonda Rhimes killed off Lexie (Chyler Leigh), Meredith’s (Ellen Pompeo) sister.

Lexie was trapped under some wreckage with her legs and pelvis in shambles. Despite the attempts by those around her, including former beau Mark (Eric Dane), she was a goner.

To say we were shocked would be an understatement. So what does Rhimes have to say about her bold decision? Shortly after the show aired (on the West Coast) she took to Twitter to explain the how and why.

“Callie said it best tonight: Life changes in an instant. Turns on a dime.

I love Chyler and I love the character of Lexie Grey. She was an important member of my Grey’s family. This was not an easy decision. But it was a decision that Chyler and I came to together. We had a lot of thoughtful discussion about it and ultimately we both decided this was the right time for her character’s journey to end. As far as I’m concerned Chyler will always remain a part of the Shondaland family and I can’t wait to work with her again in the future.

I’d write more but I’m honestly too sad. I don’t like life changing in an instant and turning on a dime.”

How do you feel about Lexie’s death? Did Rhimes make the right choice?