This summer, Hollywood’s hottest men are baring it all. In next month’s Magic Mike, Channing Tatum, Alex Pettyfer, Matthew McConaughey and more will strip down to their skivvies. Can’t wait that long? Check out the new trailer filled with dancing, six-packs and there’s some plot in there, too! 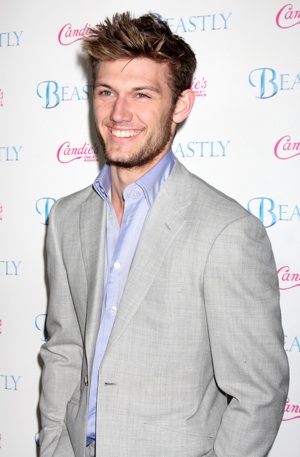 The boys are back and they’re taking it off. A steamy second trailer has been released for Steven Soderberg‘s new film, Magic Mike.

On the surface, it’s a smorgasbord of eye candy, but underneath it’s an unconventional coming of age story.

Magic Mike is loosely based on Channing Tatum‘s short-lived career as a male stripper. In the film, he plays a very popular (and talented) dancer, who takes a novice called The Kid (Alex Pettyfer) under his wing. With the help of a leather-clad Matthew McConaughey, they turn the up-and-comer into a main attraction.

McConaughey gives The Kid a few pointers on how to seduce women, “You are the husband that they never had. You are that dream guy that never came along.”

At first, The Kid has a rough start. But eventually, he becomes a huge draw earning the respect of Magic Mike himself.

Tatum, Pettyfer and McConaughey aren’t the only ones stripping down for this film. The new trailer also gives us a glimpse of White Collar‘s Matt Bomer and True Blood‘s Joe Manganiello in action. Bomer reels in the ladies with a preppy stage persona, while Manganiello takes a more direct approach.

Check out all their manly moves below:

Will you be watching Magic Mike take it off this summer?