The verdict may still be out on what a judge will make of Noah Wyle’s recent arrest, but one tiny soul has already ruled. The actor says his 9-year-old son approves of his lawbreaking behavior. 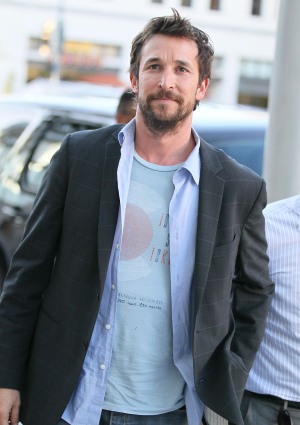 Noah Wyle’s arrest is the topic of family conversation. The actor, who went out on a limb to support a Medicaid protest in Washington D.C. in April, shares how his children feel about their father being in trouble with the law.

“I did talk to my son after I got released early the next morning,” Noah Wyle told People. “I called him before school, and I explained what happened and that I was okay.”

The 40-year-old actor went on to say he “kind of explained it in as simple terms as possible, and I thought I was going on a little bit too long and I may have lost him, but as soon as I stopped talking, he just jumped in and said, ‘I think you did the right thing, Dad.'”

Turns out it’s not easy to plan ahead for getting arrested. Of getting ready on the morning of the Medicaid protest Noah Wyle admitted, “You think about stupid things.”

More from SheKnows on celebrity dads >>

Though his punishment for breaking the law is yet to be determined, Noah Wyle seems satisfied with his son’s approval, which came just as the actor had predicted. Shortly after his arrest Wyle commented to the press, “As soon as everybody saw me being led away, they let up a big whooping cheer, which made me feel really good.” He then added that he thinks his kids are “proud of the old man right now.”

Noah Wyle’s arrest: Good or bad example for his son?