In the wake of Mary Kennedy’s suicide, Robert F. Kennedy and his sister Kerry have spoken to the press. The bereaved family members shared insight into the late woman’s private “agony.” 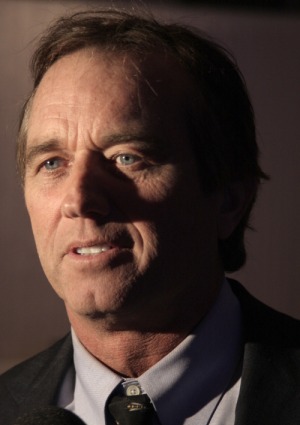 Robert F. Kennedy’s wife Mary Kennedy committed suicide by hanging herself on May 16, 2012. Though the news of his estranged spouse’s death has shaken the 58-year-old to his core, RFK Jr. knew for many years that she struggled with severe depression.

“A lot of times, I don’t know how she made it through the day,” Robert F. Kennedy told The New York Times on Thursday. “She was in a lot of agony for a lot of her life.”

The widower went on to say, “I don’t think anybody who was around her didn’t do everything that they could to try to help her.”

It was in May of 2010 that the son of former U.S. Attorney General Robert F. Kennedy and nephew of President John F. Kennedy filed for divorce from Mary. The pair had been married for 16 years and had four children together.

The body of 52-year-old Mary Kennedy was found inside her Mount Kisco home on Wednesday. Initial reports stated police were investigating a “possible unattended death” at the residence.

More on depression from SheKnows >>

While coping with their grief, Mary’s family has issued a statement that refers angrily to “certain news organizations” for portraying her in a way that is “wholly inconsistent with the sister we knew and life she, in fact, lived.”

“We loved Mary and knew her to be an exceptional mother, sibling and friend to many,” the statement went on to say. “Countless people have described her as an extraordinary mother, selfless in her desire to help others, and one of the finest people in the world.”

Kerry Kennedy, the younger sister of Robert F. Kennedy Jr., said of Mary, “As so many people who suffer from mental health issues, she was unable to do the things that she desperately wanted to do, and she was fighting, fighting, fighting with every ounce of her being to beat back those demons.”