It’s that time of year again. The TV upfronts have come and gone, and there’s a fresh batch of shows ripe for the watching. Amongst the new titles, eight pilots caught our eye. Check out what goodies the 2012-13 season has to offer. 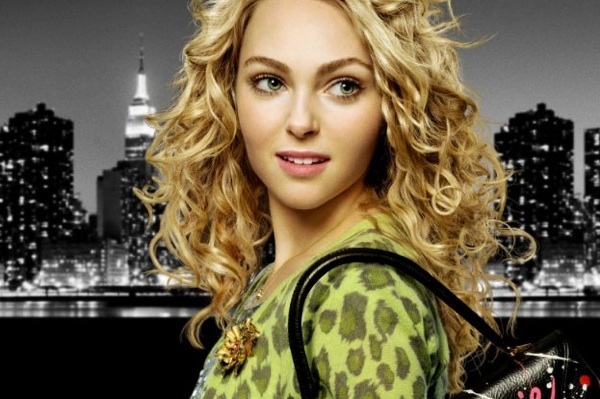 This has been a big week for TV fans. The major broadcast networks have finally unveiled their fall/winter line-ups. This is the first time the general public has seen footage from their new shows. Now that they’re out in the open, here are eight that we’re just dying to watch!

The Carrie Diaries — The CW

It’s the prequel we’ve all been waiting for. The Carrie Diaries centers on Sex and the City heroine Carrie Bradshaw (AnnaSophia Robb) as she tackles adolescence, love and high school. The show charts her early adventures in Manhattan, as well as her budding obsession with fashion — ’80s fashion (coming in January).

Are you looking for a lighter alternative to Grey’s Anatomy? If so, you should check out Emily Owens, M.D. It’s like a teen soap wrapped in a medical drama. The title character’s (played by Mamie Gummer) a recent med school graduate, who realizes her new job isn’t all it’s cracked up to be.

What do you get when you mix John Locke (Terry O’Quinn) from Lost, with Renee Perry (Vanessa Williams) from Desperate Housewives? The devious duo from the spooky new series, 666 Park Avenue. The drama centers on an naive couple (Dave Annable, Rachael Taylor) that accepts an offer to manage one of oldest apartment buildings in New York City. Unbeknownst to them, the complex is a magnet for supernatural occurrences.

The Office‘s Mindy Kaling is moving to Fox. The actress and comedienne will step away from the veteran sitcom to headline her own called The Mindy Project. The series centers on a talented OB/GYN, who “dreams of becoming the perfect woman, finding the perfect man and getting her perfect romantic comedy ending.” Uh oh, that’s a recipe for disaster.

With House gone Fox will be in need of a new morally corrupt, yet gifted physician. That’s where The Mob Doctor comes in. The drama stars Jordana Spiro as a medical professional knee-deep in organized crime. She reluctantly offers her services to work off a gambling debt acquired by her younger brother. Talk about family loyalty.

Elementary is one of the most anticipated new shows of the season. It’s a modern-day adaptation of Sherlock Holmes starring Jonny Lee Miller as the gifted detective. At his side is Lucy Liu, who plays Joan Watson, a female incarnation of his famous sidekick. We can’t wait to see these two in action. They have big literary shoes to fill.

Beauty and the Beast — The CW

Like Elementary, The CW’s Beauty and the Beast is also based on two famous characters. Smallville alum Kristin Kreuk returns to the network as Catherine Chandler, a homicide detective looking for her mother’s killer. New Zealand native Jay Ryan stars as Vincent Keller, a mysterious ally with a beastly condition.

Nashville reminds us of the classic primetime soap, Dallas. It features familiar faces like Connie Britton (Friday Night Lights) and Hayden Panettiere (Heroes), who play dueling country divas. One is a fading star, while the other is a young up-and-comer. Tensions reach a boiling point, when their record label forces them to work together.

What are you dying to see this fall?