Justin Bieber is 18 now and like many 18-year-olds, the singer has tried some adult beverages. Find out what he has to say about his dalliances in alcohol and life as a serious adult. 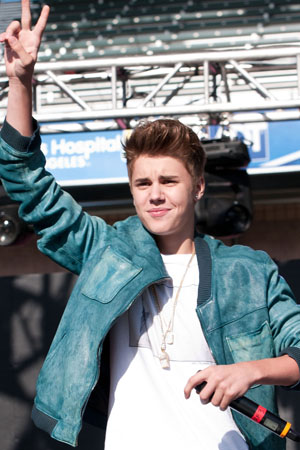 News flash: Justin Bieber is an adult now — or so he claims. The 18-year-old “Boyfriend” singer talked to GQ and tried to assert that he’s an adult — a responsible adult.

“For me, it’s just like, I like to be in control of myself. I mean, I’ve had a beer, like, before… but I never get out of control,” he told the reporter.

However, the profile clearly shows how his team, headed up by manager Scooter Braun, tightly controls everything around Bieber and his brand of swag. “He knows that I hold him to a high standard,” Braun said, referring to his puppetmaster-like skills over The Biebs. He doesn’t want to blow it.”

Bieber’s image control is all a part of keeping him away from scandal, like the paternity suit brought on by fan Mariah Yeater. “I mean, I keep my guard up a lot, because you know, you can’t trust anyone in this business,” Bieber told GQ. “That’s what’s sad. You can’t trust anybody. I learned the hard way.”

Mostly, it just seems like Bieber is a boy stuck in a very grown up world — he draws penises on the whiteboard in the studio, eats Swedish Fish candy and plays pinball. Everyone in his life insists that he’s a man — or they’re just forcing him to be a man. They even have him convinced — and we have to be honest, it’s pretty sad. Then again, we probably should feel sad for a 18-year-old bajillionaire.

“I’m 18 years old and I’m a swaggy adult!” he yelled during the interview. “Come on, swaggy bros!”

Protip: Adults don’t use the word swag without irony. We’re surprised Braun hasn’t taught him that yet.