Thursday morning, The CW premiered footage from its upcoming fall roster. It included the comic-based Arrow, the medical drama Emily Owens, M.D. and the new Beauty and the Beast. Below we’ve got the first clip from the updated fairytale starring Kristin Kreuk and Jay Ryan. 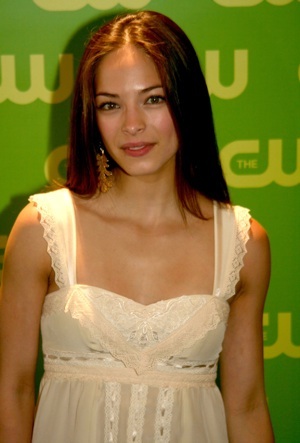 The wait is over. The CW has released the first promotional clip for the reboot, Beauty and the Beast. It’s a modern take on the classic tale, loosely based on the 1987 TV series of the same name.

Beauty and the Beast stars Smallville’s Kristin Kreuk as Catherine Chandler. She’s a homicide detective with a chip on her shoulder, and a dark secret.

As a teenager, Catherine watched as her mother was brutally killed in front of her. The only thing that spared her a similar fate was a mysterious and beastly stranger.

Years later, Catherine stumbles across a murder case linked to a man named Vincent Keller (played by Jay Ryan). He was a doctor and supposedly killed by enemy fire in 2002, while serving in Afghanistan. But not only is he really alive, he’s the man who saved Catherine’s life all those years ago.

Unbeknownst to her, there’s a reason Vincent faked his death. He lives in isolation because of a very unique condition. When enraged, he transforms into a terrifying monster complete with super-strength and heightened senses. Catherine promises to keep his secret, if he helps her find her mother’s killer. And so their relationship begins.

The following clip reveals the poignant moment that links Catherine and Vincent forever.

Beauty and the Beast will air Thursdays at 9 p.m. following The Vampire Diaries.

What do you think of the new Beauty and the Beast? Will you watch?