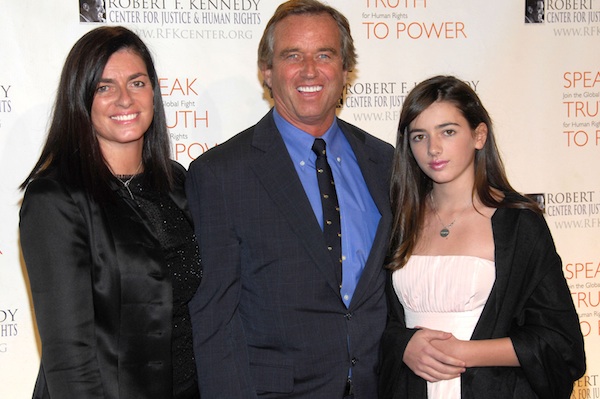 Mary Richardson Kennedy’s death is now a confirmed suicide. Kennedy hanged herself in her Bedford, New York home. The autopsy report released Thursday morning put the cause of Mary Kennedy’s death asphyxiation due to hanging.

CNN reports a day following the divorce filings, Westchester police were called to Robert’s home in response to a domestic incident. A police report filed by the attending office says the couple were fighting and Mary Richardson was allegedly intoxicated. “Mr. Kennedy stated that his wife was intoxicated and was acting irrational so he took the children to [a carnival] to remove them from that situation.”

Two days later, Mary Richardson Kennedy was arrested for driving while intoxicated (DWI). Even though her blood alcohol level was above 0.08 percent, CNN reports the DWI was reduced to a minor violation and Kennedy’s license was suspended for 90 days. In August of the same year, Mary Kennedy was arrested again in a neighboring town for driving while impaired by prescription drugs. Her attorney stated at the time the prescriptions were legally prescribed by her physician. It’s not clear what drugs exactly Kennedy was prescribed.

TMZ reports Mary Kennedy was also facing a lawsuit brought by American Express at the time of her suicide.

Mary Richardson Kennedy’s family released a statement yesterday through their attorney about Kennedy’s death. “It is with deep sadness that the family of Robert Kennedy Jr. mourns the loss of Mary Richardson Kennedy, wife and mother of their four beloved children. Mary inspired our family with her kindness, her love, her gentle soul, and generous spirit.”