Angelina Jolie and Billy Bob Thornton made headlines as one of Hollywood’s weirdest couples. Now, Thornton talks about his time with Jolie — and how he screwed it all up. 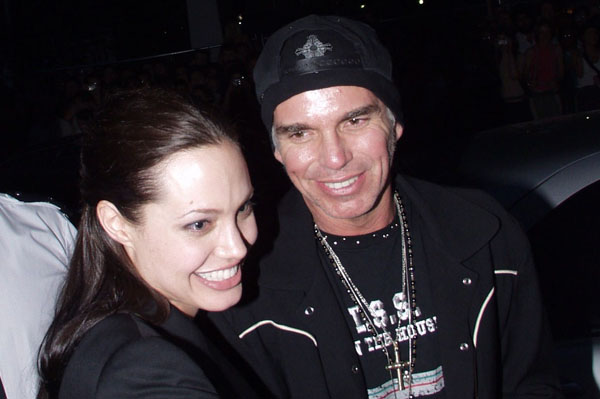 Actor Billy Bob Thornton is finally admitting what we knew all along: He “blew it” with ex-wife Angelina Jolie. The actor — appearing on Thursday night’s Nightline — says he sabotaged the marriage because he didn’t feel like he was “good enough for her.”

“She has one way she wanted to live her life and I had another way to live mine,” Thornton said of Jolie, now engaged to Brad Pitt. “I was just too insecure.”

“When you’re in a relationship, any two celebrities or whatever, you know, I think that puts on a lot of pressure,” the Oscar winner told Nightline. “When Angie and I got married, during that time, I was more famous than she was to start with and then she becomes this big thing, it’s hard in these relationships.”

The pair married in 2003 and divorced in 2003, right after Jolie adopted first son Maddox. She had intended to raise him with Thornton. They made headlines for their peculiar habit of wearing vials of each other’s blood. They also admitted having sex in a limo on the way to the 2000 MTV Movie Awards.

“We had a great marriage and I chickened out because I didn’t feel good enough. That’s all that happened. It was no big deal, we never hated each other,” Thornton said, adding that he felt like a weird Phantom of the Opera-type while married to the superstar. He meant it, too: Jolie wrote the forward to his new book, The Billy Bob Tapes: A Cave Full of Ghosts.

“Some people walk through life able to quiet the voices in their heads. He can’t. And I, and everyone else who knows him well, we love him for it,” she wrote, according to Life & Style magazine. “I know one thing: The world would certainly be a hell of a lot more dull if that man weren’t in it.”