Former spokesperson for Sketchers, Kim Kardashian is speaking out about the recent settlement and says her Sketchers Shape-Ups toned her butt just fine. 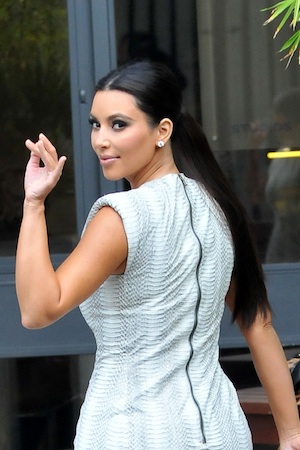 Skechers multi-million dollar settlement is all over the press and former spokesperson for Skechers Shape-Ups, Kim Kardashian, is coming to the brand’s defense. TMZ reports Kardashian told her family and friends Skechers Shape-Ups helped her tone her legs and butt. And while according to TMZ Kim says she wouldn’t feel comfortable endorsing Shape-Ups in light of recent evidence the shoe doesn’t work, she says she’s keeping her pair.

TMZ even spoke to a representative from Skechers who says the company isn’t denying Shape-Ups’ toning ability. Apparently the Skechers settlement arose as a cheaper alternative to fighting each individual lawsuit from unhappy customers.

The Associated Press says Sketchers will shell out $40 million “to settle charges by the Federal Trade Commission (FTC) that the footwear company made unfounded clams that its Shape-Ups shoes would help people lose weight and strengthen their butt, leg and stomach muscles.” The settlement will be paid out in the form of customer refunds, though it’s not clear how much each unhappy customer will receive for their pair of supposedly defunct Shape-Ups. The Associated Press reports forty-five states sued Skechers in a class-action lawsuit.

Kardashians getting $40M big ones in new E! deal >>

Kim Kardashian signed a one-year deal with Skechers and drew a large amount of publicity for the brand with her infamous 2011 Skechers Super Bowl commercial in which she works out with the Skechers Shape-Ups in a sultry and sexy manner. It’s not clear how much Skechers paid for Kim Kardashian’s celebrity endorsement.