CBS has released the first look at Jonny Lee Miller and Lucy Liu’s new drama, Elementary. The duo play the famous literary heroes Sherlock Holmes and his sidekick Watson. Watch as these icons clash on the small screen. 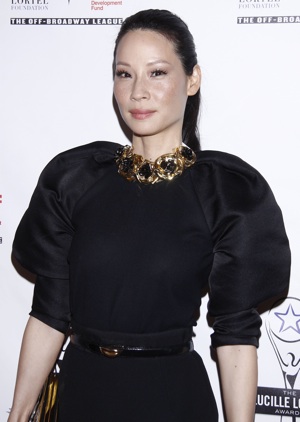 After months of waiting, CBS has unveiled a promo for their Sherlock Holmes adaptation, Elementary. It features behind-the-scenes footage and gives us an inside look at the famous detective.

Elementary is set in modern-day Manhattan. It’s a far cry from London, where the character traditionally has been based. This version of Sherlock has the same intricacies and talents, but his partner’s are drastically different.

Dr. John Watson is now Joan Watson, and played by Lucy Liu. In the trailer, the actress reveals what drew her to the series and the unconventional role.

“This is definitely a gender change for what’s been historically known as Dr. John Watson,” said Liu. “When I read the script I was really excited to see that Sherlock was so incredibly colorful and that they were willing to push the envelope a little bit.”

Jonny Lee Miller, who plays Sherlock, loves what Elementary has done with these classic characters. He describes their unique relationship as “the driving force for the piece.” Their chemistry is key and Liu agrees.

“The wonderful thing about Joan is that she comes from a more emotional place. And that value will bring a lot to their relationship,” she said. Watson is reserved, while “Holmes can’t really articulate things in a very sensitive fashion.” He’s socially awkward and needs a buffer. He’s definitely an outcast.

Check out Miller and Liu in action in Elementary:

Elementary will debut this fall, Thursdays at 10 p.m. on CBS

What do you think of CBS’ Elementary? Will you be tuning in?