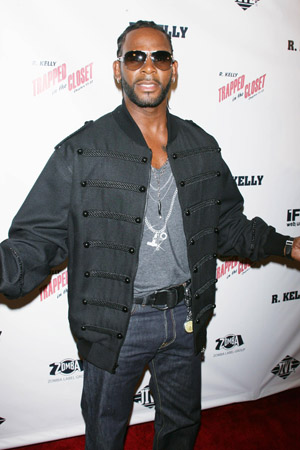 R. Kelly is back with new songs and a new album, Write Me Back. Kelly is set to release Write Me Back on June 26, 2012 but the album is available for pre-order starting May 29, 2012 at select retailers.

Write Me Back is the follow up to his 2010 album Love Letter. R. Kelly’s Love Letter focused on music from the 1950s and 1960s and its first single, “When a Woman Loves,” was nominated for a Grammy award for Best Traditional R&B Vocal Performance in 2011. Write Me Back‘s first single, “Share My Love” is 1970s-themed and echoes the likes of Al Green’s “Let’s Stay Together” but with a greater tempo and modern feel. Some of R. Kelly’s lyrics in “Share My Love” are rife with Kelly’s signature sexual references. “Now that we’re in this room/Let’s do what we were born to do/Populate! Let’s get together/Populate! Populate!”

R. Kelly has enjoyed a stellar career. In March 2011, Billboard named R. Kelly the number one artist of the last 25 years, second only to Mary J. Blige. Billboard explains Kelly’s “staggering” list of achievements makes him the clear winner. It’s true. R. Kelly has sold over 40 million albums worldwide, earned 11 #1 singles, 3 Grammy awards and is often touted as the “King of R&B.” However, the success of his music career was recently marred by legal issues. In 2003, R. Kelly was indicted on charges of child pornography after a video surfaced showing him having sex and urinating on an underage girl. In 2008, R. Kelly was found not guilty.