Alafair Burke’s first stand-alone mystery is now out in paperback. She talks to the SheKnows Book Lounge about her writing process, past jobs and current read.

SheKnows: How do you describe Long Gone to your family and friends? 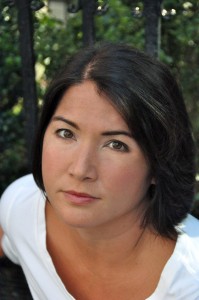 Alafair Burke: Alice Humphrey shows up at work one day and the entire place is gone — stripped bare as if it never existed, vacant except for the dead body of the man who hired her. Before she knows it, the police are telling her that the man’s not who she thought he was, and they’re unable to confirm any of the facts she believed to be true about her job.

It’s one of those stories where a normal person’s life is turned completely upside down. I’ve always loved that movie Gaslight and tried to capture that “Am I going crazy?” feeling as I was writing Long Gone.

SheKnows: You’ve written two series (one starring Samantha Kincaid and the other, Ellie Hatcher). Long Gone is your only stand-alone novel. In what ways was it harder or easier to write about characters whom you would not be visiting again in future books?

Alafair Burke: There was a freedom with Long Gone, not only because it was a stand-alone but also because Alice Humprey, unlike my series characters, wasn’t approaching the story as a person in law enforcement. Samantha Kincaid is a prosecutor. Ellie Hatcher’s a cop. They have to maintain those roles within the story or else the book loses its credibility. Alice, on the other hand, could do anything in response to the events on the page, as long as they were consistent with her character. Because she knows less than Samantha or Ellie about the system, she approaches her dilemma with a degree of naivety. On the other hand, she isn’t bound by process, so can take risks that they might not. 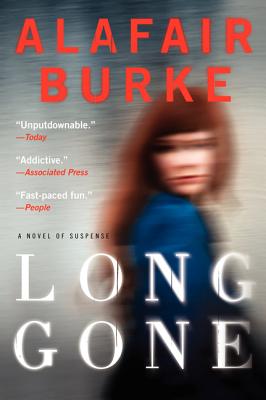 SheKnows: At the beginning of the book, Alice is so desperate for work that she accepts a job without carefully investigating her boss or the new gallery. This proves to be a big mistake. Have you ever taken a job that went south fast? What was it?

Alafair Burke: I have worked some really crummy jobs. I think the worst was selling credit card insurance as a telemarketer. I sat in this huge room filled with side-by-side phones. The rule was that you couldn’t say good-bye and hang up until the person said no three separate times. Overseers in a glass room above the main floor would randomly audit all of the calls to make sure you were following your script. It was a hideous experience, but it paid two dollars an hour more than my other job at the mall, so I had to do it. At least I never found a body on the floor. I guess that’s a plus.

SheKnows: Your novel contains some references to bars and restaurants in New 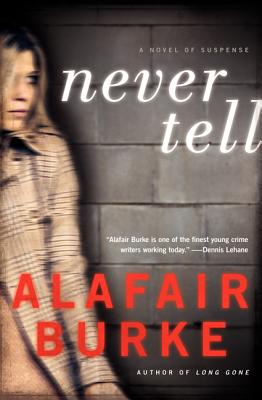 York. Did you set out to research possible establishments or did you write about familiar places? Researching restaurants sounds like it would be fun.

Alafair Burke: I know people have mixed feelings about using real brand names or locations in fiction, but I always enjoy stumbling upon something familiar in a book. And even if I’m not familiar with the reference, I get a sense that the character is living in the actual world. I tend to write about my favorite New York spots. It’s a way for me to celebrate the city I now consider home.

SheKnows: You have a new novel, Never Tell, coming out next month. What can you tell us about it?

Alafair Burke: Never Tell is an Ellie Hatcher novel. The central story concerns the death of Julia Whitmire, a wealthy prep-school student who is found dead in her bathtub. Ellie believes it’s a suicide, but the Whitmire family uses its influence to force an investigation. It turns out that Julia’s life was more complicated than it seemed. Isn’t that what always makes a book more interesting? As a writer, I like to use a set-up that may seem very familiar to readers at the inception and then flip it on its head. Let’s just say there are some flips in this one.