After putting himself in timeout until he could grow up and get his act together, John Mayer is back doing interviews. Has the man who once spoke of “sexual napalm” turned over a new leaf? 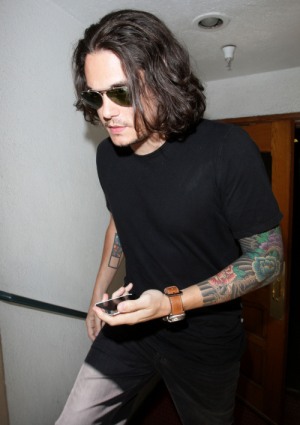 John Mayer has been on self imposed timeout for two years, doing his best to grow up and stop giving dumb interviews. Following controversial articles being published in Playboy and Rolling Stone (who can forget the time he called Jessica Simpson “sexual napalm?”), the singer intentionally went into hiding.

“I just sort of lost my head for a little while. I did some kind of dumb interviews and that woke me up. I don’t even remember having a Rolling Stone cover,” John Mayer explained during his appearance on The Ellen DeGeneres Show Tuesday.

The 34-year-old continued, “It was a very strange time and it sort of rocketed me into adulthood. It was a violent crash into being an adult. For a couple of years it was just figuring it all out, and I’m glad I actually stayed out of the spotlight. Because I think back then I would of said, ‘Give me two weeks or let me get out and do Ellen and let me explain myself.’ It was like, ‘No, idiot. Go away and be 33 and 34 instead of 28 for the fourth year.”

The singer, now out promoting his Born and Raised album, is not only back on the press circuit, but has recovered from vocal cord surgery — twice. Of the scary procedure he told Ellen DeGeneres, “It’s not a health concern whatsoever, but it has taken me out of singing. I tried to beat it the first time and couldn’t.”