Mitchell Guist — the beloved subject of The History Channel’s reality show Swamp People — passed away Monday on his Louisiana boat. Find out how he died doing what he loved. 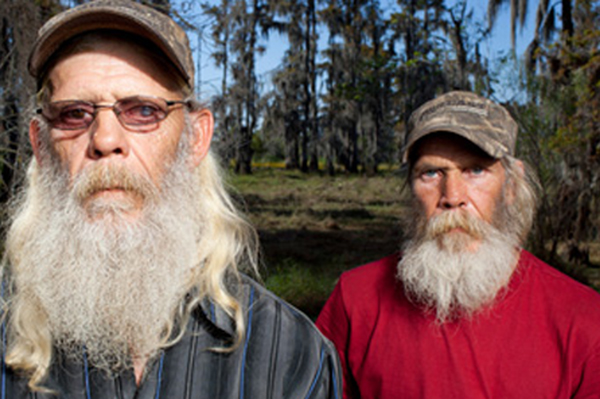 Given the choice, would you rather live out your last moments in a hospital bed or doing something you love? Most of us would choose doing what we love — and that’s exactly how Swamp People’s Mitchell Guist (above, right) went out on Monday.

“We are extremely saddened to report that our friend and beloved member of the Swamp People family, Mitchell Guist, has passed away… Mitchell passed on the swamp, doing what he loved. We appreciate your respect for the Guist family’s privacy and hope you join us in sending our thoughts and prayers to his brother, Glenn, and the rest of the Guist family,” The History Channel wrote in a statement.

Guist was just days away from his 49th birthday when he fell aboard his boat near St. Martin Parish in Louisiana. Witnesses attempted to revive him and he was transported to a nearby hospital before being pronounced dead.

No official cause of death has been released.

Guist and his brother, Glenn, were two of the subjects on the show that follows a group of alligator hunters on Louisiana’s Atchafalaya River Basin.

The best thing about Mitchell and his brother? Their humble, simple attitudes about life. The brothers lived together in the same house their grandparents built and never wanted to leave. Still, they knew all about Justin Bieber and Lady Gaga.

Swamp People fans already miss him and his signature laugh.

“So sad at Mitchell’s death. He will sorely be missed. He and his brother Glen made the show. R.I.P.” fan Myrna Bock wrote on the show’s Facebook page. Dozens of fans echoed those feelings.

“So darn sad to read of the loss of the brother… I am so fond of these two men. He will live on in the many, many memories of the people who loved him and enjoyed his stories!”